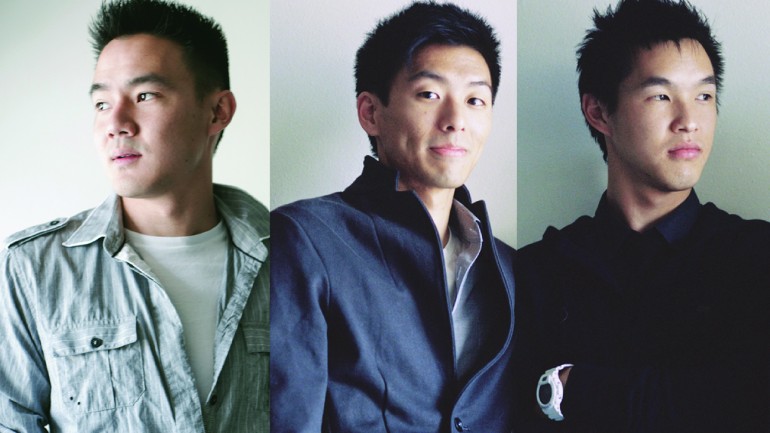 The Young and the YouTube – Celebrating Wong Fu Productions

I must admit it was only four years ago when I first heard undergraduates at the University of Illinois – a university located in the middle of cornfields and pig farms – chatter about a group of YouTube media makers making the rounds of the college circuit. I wondered, “Who are these guys that captured the hearts and eyes of Midwest high school-turned-college-kids through the Internet?” Little did I know that Wong Fu Productions was well on their way to becoming modern day media pioneers.

In their ten-year tenure as Wong Fu Productions, these three digitally savvy and photogenically gifted men – Wesley Chan, Ted Fu, and Philip Wang – have created and cultivated a media conglomerate, partnering with Far East Movement (who fly high like a G-6) to create the International Secret Agents, and teaming up YouTube stars like Kevin Wu (KevJumba) and Ryan Higa (Nigahiga). They co-opted their “nice guy” image and re-appropriated their own “awkwardness” to create their own Nice Guy Design line and Awkward Animal plush animals. At a time when traditional media was seeking to strengthen its grip in the digital realm, and when the Internet was slowly transitioning to a visual medium powered by widespread high-speed broadband, WFP operated proudly and visibly in the niche interstices of media, churning out short and long videos with Asian American men and women in the forefront, and converging media before media convergence was even a thing.

Yet, perhaps it isn’t a coincidence that Wong Fu started on the campus of UCSD, through class projects in the classrooms by the beaches and away from but within reach of the bright lights of Los Angeles, the center of mainstream media production and its entertaining yet cookie-cutter formulas. Perhaps the optimism of college youth and the cozy confines of a supportive college scene, combined with a burgeoning San Diego-based Asian American film festival and the exposure to intellectuals and media-makers speaking about Asian American media issues cultivated an environment ripe for three Asian American men to create, film, and distribute their own work. Or perhaps, simply, it was the right place, at the right time, with the right group of friends for YouTube stardom.

But it wasn’t that they were and are YouTube stars, but rather how they became YouTube stars. Ten years ago, these three slightly awkward Asian guys from UCSD uploaded a grainy music video of themselves onto their own personal internet server: a lip-synced performance of Justin Timberlake’s “Señorita.” Unabashedly confident, incredibly endearing, and fully engrossing, the video spread from inbox to inbox, from dorm room to dorm room, and from campus to campus on high-speed internet trails, making you feel that you were a part of their fun or that you could be just like them. In a way, they showed us what the Internet could be, transcending the exclusion of the quickly encroaching mainstream media and more inviting than the angry and often racist tweets of contemporary social media. They showed us that friends could create together, succeed together, and grow together with the whole world watching.

From grainy videos made for college assignments to slick, high-quality productions seen around the world, their YouTube stardom underscores the work and influence of these young men who, for the past ten years (an eternity in Internet time) have reshaped and reconfigured the mediascape and the representational terrain of Asian Americans. Whether folks barely know them or have followed them for ten years, WFP’s influence is best summarized by those kids in the Midwest, far away from the diverse shores of California, who, with only mobile phones and laptops, now have more than just the Bruce Lees and Long Duk Dongs, and can see before them ever-evolving stories in Wong Fu videos that serve as positive, guiding lights in an ever hostile mediascape.

Vincent Pham is assistant professor of Communication at California State University San Marcos, and the co-author (with Kent A. Ono) of Asian Americans and the Media.

The San Diego Asian Film Festival celebrates Wong Fu Productions on their tenth anniversary with a special panel and party at their alma mater, UCSD, on Friday, November 8.