Jurors judge the best feature and short films in the festival competition and choose the top film in each category, along with a Grand Jury award winner. 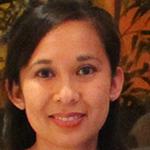 Rowena Santos Aquino is a Lecturer in the Department of Film and Electronic Arts at California State University, Long Beach (CSULB), where she teaches documentary film history and theory and Japanese cinema. She is also the senior staff film critic for the Toronto-based film website Next Projection, and a contributing writer for the Los Angeles-based arts and entertainment magazine Asia Pacific Arts. Her work has also been featured in Transnational Cinemas, Asian Cinema, LOLA, and Modern Korean Cinema, among others. 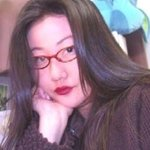 Eun Jung Park is an art historian, independent curator, and educator. She recently curated an exhibition for the Museum of Tolerance, Los Angeles for the 20th anniversary of the ’92 riots. She teaches a course that she created entitled “From Dr. Noh to Margaret Cho: Asian Americans, Mass Media, and Popular Culture” at UCSD.  Her recent publications include “Korean American Cultural Expressions: Evolution of P’ungmul” for Koreans in America: History, Identity and Community, an anthology edited by Grace Yoo. Dr. Park received her B.A. in Art History from UCLA and PhD in Visual Art History, Theory & Criticism from UCSD. 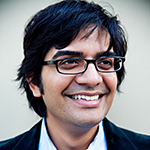 Sudeep Sharma is a film programmer and educator. He is currently an Associate Programmer – Documentaries for the Sundance Film Festival and has worked in various capacities for the Sundance Institute including for the Feature Film Program and the Documentary Fund. He is also a programmer for the Indian Film Festival of Los Angeles. He is a PhD candidate in Cinema and Media Studies at UCLA and has taught at universities throughout Southern California. He has an MA in Cinema and Media Studies from UCLA and a BA in English from George Washington University. He lives in Los Angeles with his wife and daughter.

Eugene Suen is a filmmaker and producer. Raised in Taiwan and the U.S., he worked as a film development executive and festival programmer before turning to filmmaking. He produced Lee Isaac Chung’s Abigail Harm, a project supported by Tribeca Film Festival’s All Access program and Busan’s Asian Project Market. The film, starring Amanda Plummer, Will Patton, and Burt Young, was an official selection at the Busan International Film Festival and the Torino Film Festival. It won the Grand Prize and Best Director award at the Los Angeles Asian Pacific Film Festival.