12-year-old Lianna Treitler is blogging about our festival! Here’s her second entry: 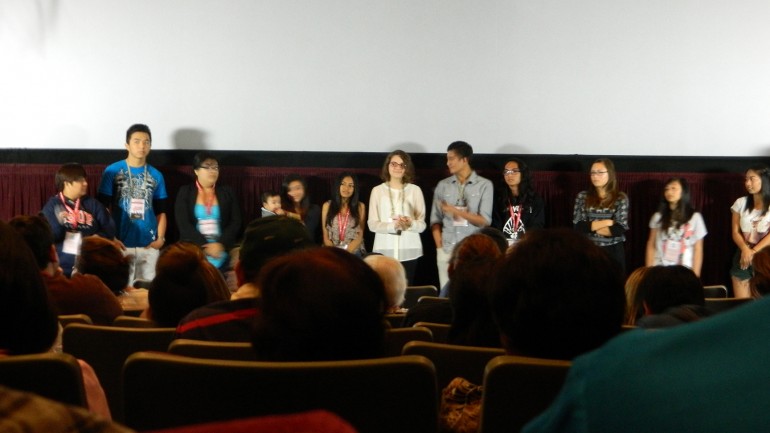 On Sunday afternoon, I took a trip to Hazard Center to view a collection of short films called Reel Voices. These movies were made by teens across San Diego depicting a personal story that is close to their hearts. Each film was unique and taught me a little about its makers’ personalities. Being my first time watching Reel Voices, I quickly learned how large this event truly was. There were large lights set up around the theater, announcements from advisors, and the room was filled to the brim with returning and new audience members.

As soon as the volunteers let movie-goers into the theater, everyone quickly gathered to try to get the best seats. I sat next to my grandma, telling her everything I knew about Reel Voices. After Lee Ann Kim spoke some opening words, the lights dimmed. I was so excited to see films made by these “chosen” kids and what their topics would be. At the end of the movie, I was extremely glad I had gone to see what the Reel Voices program was all about!

I definitely loved at least one aspect of each of the documentaries. One of my favorites, Crescendo by Austin Gatus, compelled me to learn more about the music system in San Diego. It gave me insight on what effects music programs have on kids in local communities. He did a great job telling his opinion on music and interviewing others on their perspectives, as well. Another film, Make it Happen directed by Michael Guyen, was about a young teen trying to make his mark in the business world. The audience goes on a journey through this teen’s life, and how he thrives to help his parents with the bills. I loved learning about the determination, dedication, and hard work it took for this student to work his way up the ladder of success, not worrying about criticism and exclusion.

Films such as Would?, and Proud to be Loud helped me glance into different communities. Would? explained the childhood experiences of a man who lived in Los Angeles. He went through many traumatic experiences in his community, and this documentary summed up his outlook on these situations and the outcomes that followed. Proud to be Loud taught me about a different genres of music hidden in San Diego. Jeremie Sunico, the director, belongs to his own thrash metal band and depicts his band’s rise to fame through his movie.

After the show, I was thrilled to meet these young directors. What an amazing group of peers and role models! I am so excited to return to the theater next year and see what Reel Voices has to offer! 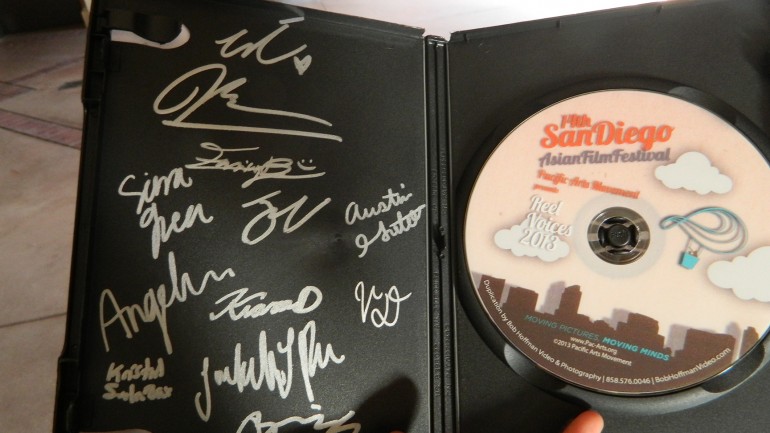