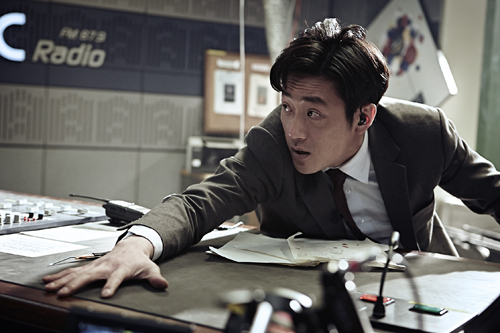 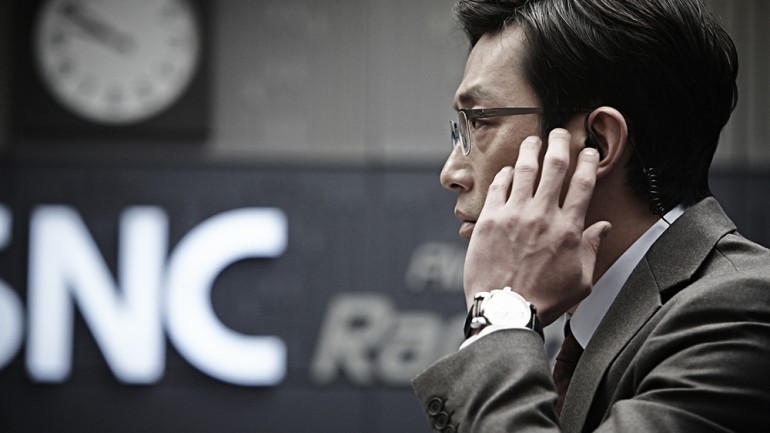 Once an illustrious TV personality, Yoon Young-Hwa has been downgraded to the talk radio circuit, where, as host, he sleepwalks through political debates with callers. One caller in particular riles his patience, and Young-Hwa tries to hang up on him. Peeved, the caller threatens to blow up the nearby Mapodaegyo Bridge. When the phone call ends, the bridge explodes, right on cue. Young-Hwa’s awake now. Not just because of the violence, but also because he has a direct line to the terrorist. A media exclusive. A chance to prove himself again as a high-ratings broadcaster.

The following 90 minutes play out in real time as Young-Hwa, his producers, and the mysterious caller butt egos and aspirations with an urgency made electric by the live camera. It’s a chess match that turns shockingly physical, and Ha Jung-Woo (The Chaser, Never Forever) commands every scene with the precision required to pull off this cinematic stunt. Comparisons to Network and Dog Day Afternoon are warranted, but THE TERROR LIVE really sets itself apart with its provocative and deathly-sharp political edge, wrapped up as a tense, strapped-to-your-seat thriller set completely in the broadcast booth. Director Kim Byung-Woo proves to be as sensational an action director as any working in Korea today. –Brian Hu 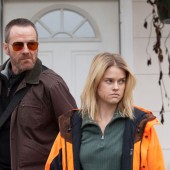 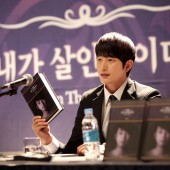