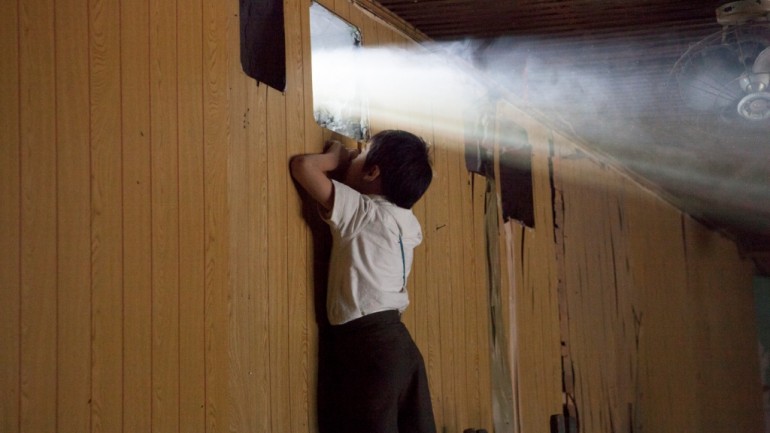 The New York Times recently paid tribute to 20 young directors to watch, and not surprisingly, the list featured two Pac-Arts favorites: Na Hong-jin (The Chaser) and Lixin Fan (Last Train Home). But the entry that struck me most was for 33-year-old Barry Jenkins of Medicine for Melancholy fame. In the accompanying interview, he talks about growing up black and poor in inner-city Miami. He recalls having to boil water in a kettle to bathe, as well as the satellite dish in the backyard that beamed in some of his first film memories. And then there was the summer he spent discovering films at Blockbuster. “I remember watching a film called 301/302,” he says, “And having this feeling of how big the world was.”

301/302, for those who don’t know it, is a somewhat forgotten Korean drama with horror undertones. It’s not a film one normally thinks will inspire a young man in Miami seeking adventure, nor the title one would expect to expand the world. But it did. And there are plenty of films like it, gathering dust on foreign film sections of vanishing video stores, waiting to change somebody’s life.

More than any other anecdote, this is the one that’s most inspired me this year. What films are going to make us feel infinitesimally small before the grand expanse of possibility that is the world? And which of those films can also make us feel bigger than ever, giving us the courage to step out of our individual villages and explore other ways of feeling?

Not surprisingly, border-crossing is a big theme at our festival this year. But not that fuzzy, we-are-the-world hand-holding between neighbors. We’re bookending our festival with two border-crossing films that ask us, sometimes uncomfortably, to think more expansively about mobility, legality, and the American dream. In between those two films are 140 others that remind us of how big the world is and what we can achieve within it. That films like CLOSED CURTAIN, A STORY OF YONOSUKE, WHEN I WALK, and NORTE, THE END OF HISTORY even exist tell us, in their own humble ways, that indeed anything is possible.