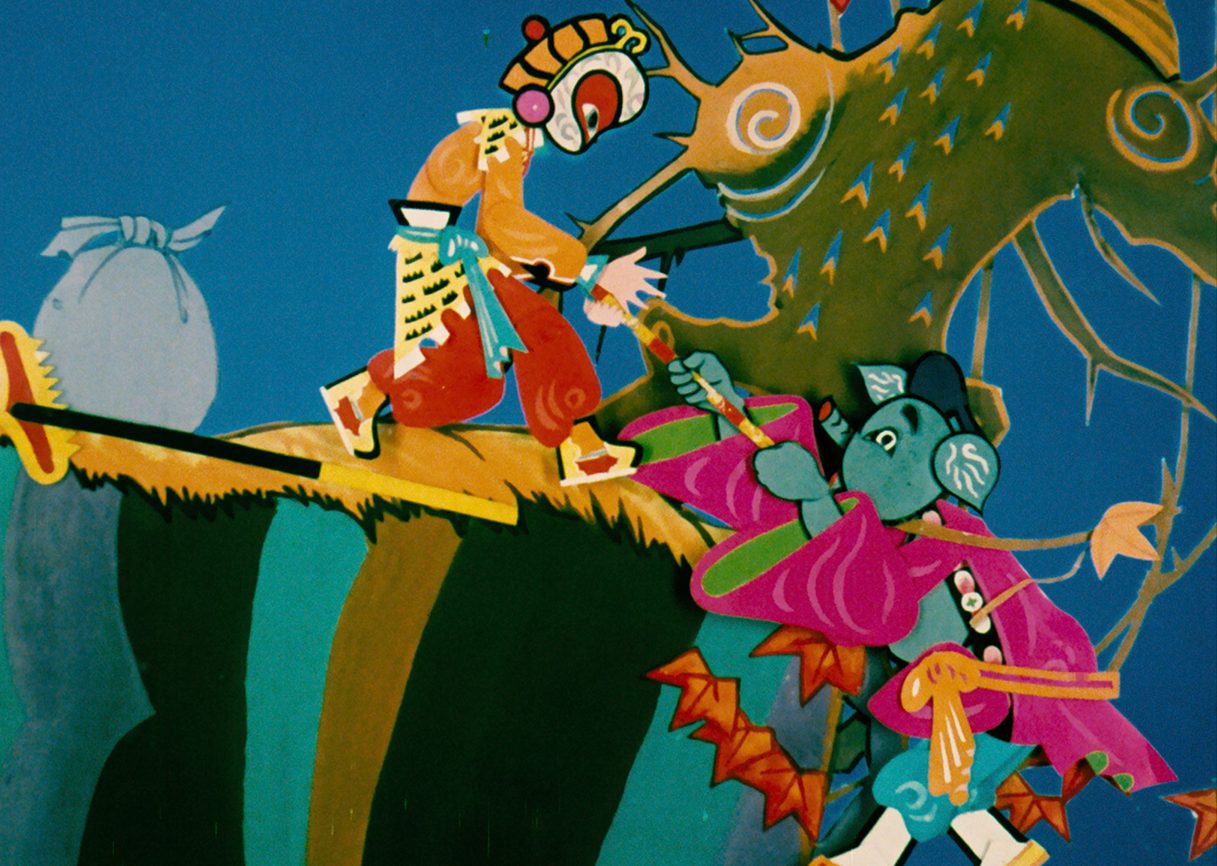 Between their landmark animated features Princess Iron Fan and Uproar in Heaven, the legendary Wan Brothers made this moral tale about the Monkey King and Pigsy, who, on their journey to the west, seek out food. While the Monkey King scours the land and interacts with the people, Pigsy lazily has a go with a watermelon. The Wan Brothers utilize a paper cut technique that evokes shadow puppetry and thus the Chinese definition of cinema itself (“electric shadows”), and does so in a way that gives their characters weight, if not volume: the paper cuts capture the lightness of the Monkey King and the heavy joint pivots of Pigsy. The result is a memorable fable about selfishness, camaraderie, and the pursuit of a life beyond worldly desires. –Brian Hu