This year’s winners will be announced at the Gala Awards Dinner on Nov. 11. 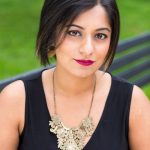 Tanzila “Taz” Ahmed is an activist, storyteller, and politico based in Los Angeles. She currently is a Campaign Strategist at the Asian American new media organizing group 18MillionRising. Taz was honored in 2016 as White House Champion of Change for AAPI Art and Storytelling. She is cohost of The #GoodMuslimBadMuslim Podcast that has been featured in Oprah Magazine, Wired, and Buzzfeed. An avid essayist, she had a monthly column called Radical Love and has written for Sepia Mutiny, Truthout, The Aerogram, The Nation, Left Turn Magazine, and more. 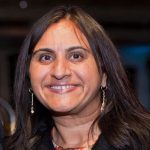 Rashmi Gandhi is one-third of the Moviewallas podcasting trio and the self-confessed Opinionated-walla. Rashmi developed a love for the movies at an early age – her father was a key distributor of Bollywood movies in the UK and during her childhood she played with celluloid reels instead of Barbie-dolls. A lover of all things movies and entertainment, Rashmi is also a member of the San Diego Film Critics Society and Film Independent. 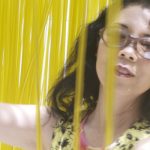 Jana J. Monji was born and raised in the San Diego area and returns to the scene of the crime to lurk around the Gaslamp District during SDCC. She received an M.A. in East Asian Languages and Cultures from UCLA and an M.A. in Print Journalism from USC. She has also studied in Taiwan, Japan, and the United Kingdom. In the US and elsewhere, people have tried to help her inner geisha but that turned out to be Godzilla. She currently freelances for RogerEbert.com and the Pasadena Weekly, contributes to the LA Mensa monthly newsletter, and blogs at AgeOfTheGeek.org. She sometimes writes short stories, one of which was published in Bold Words: A Century of Asian American Writing. 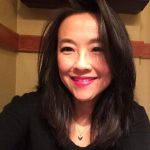 Jun Okada is Associate Professor of English and Film Studies at State University of New York, Geneseo. She has been a cinéphile all of her life and has spent years thinking about, watching, and writing about film while studying and working in Berkeley, Los Angeles, Paris, and New York. She published her book Making Asian American Film and Video: History, Institutions, Movements with Rutgers University Press in 2015 and continues to write about Asian American film, Transnational Asian cinemas, Black Cinema, French Cinema, and many more.

For the first time, the San Diego Asian Film Festival is hosting a competition for international short films. This competition highlights some of the most innovative work produced in Asia and encompasses narrative, experimental, and documentary forms. This year’s nominees can be found here.

The winner will be announced on closing night, Nov. 17. The jurors for the inaugural SDAFF international short film competition are: