SDAFF 2015: Tyrus Wong…More Than a Brushstroke of Genius 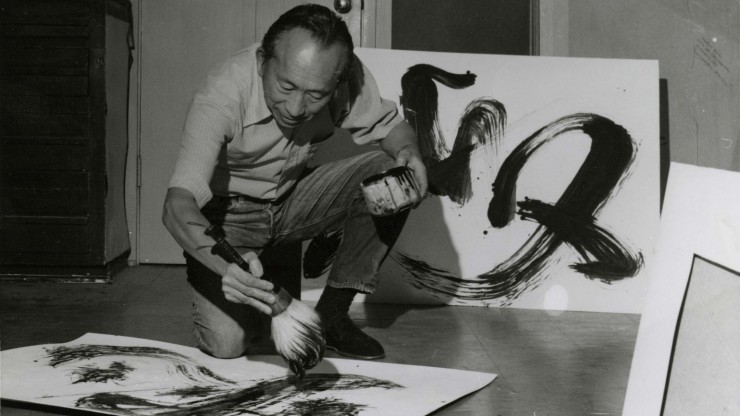 How do you write a short blog about a long-living legend who’s not only been a major visual influence in the history of Hollywood’s unforgiving film industry but he’s also 105-years-old and doesn’t overtly moan about his past and all the opportunities missed but revels in the life he’s led and brought to everything he’s painted and artistically created? Watch a work-of-passion documentary by director Pamela Tom entitled Tyrus, a film about the rise and further rise of Tyrus Wong.

Here’s a man, born in Canton during the Ching Dynasty, saw the country become the Republic of the China under the leadership of Dr. Sun Yat-sen, immigrated to America with his father in 1919 (never to see his mother again) at a time when Chinese were excluded from entering America, lived through the great depression and then suffered extreme racism since his arrival to the U.S. that reached blatant heights during World War II, because after all back then, “Japs and Chinks looked alike.” Not that Germans or Italians during WWII America looked like white Americans.

Yet at an early age, his penchant for painting led him on an artistic adventure that now spans 85 years as Wong has become a celebrated painter, muralist, toy maker, lithographer, kite maker, and a Hollywood sketch and storyboard artist. 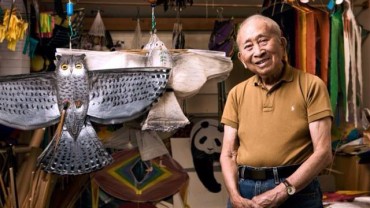 As soon as Tyrus begins, when you look at his paintings, something looks very familiar about them but you can’t put your finger on it. Certainly to artistically minded people, the influence of Sung Dynasty art is apparent but then it hits you…my goodness, his visual acuity is not about detail but the shadows of extreme passion, the exact look that Walt Disney was looking for in 1942. Wong was immediately hired to work on Bambi.

Though Wong’s work goes way, way beyond all the ground breaking, tearing down racial barriers, cultural bridge forming artistry ramifications, his influence on the look and direction of Hollywood animation is magical. But when you learn and realize through Tyrus that Wong’s storyboarding craft had become the core for the visual style of Warner Brother live action films for almost three decades, well that is absolutely and freaking mind boggling. 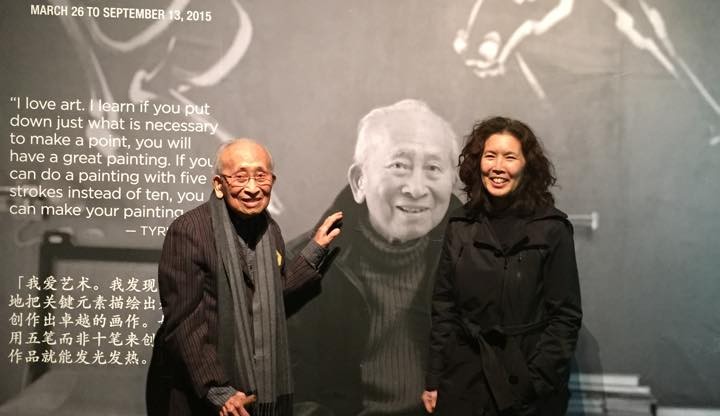 I am so enamored and grateful to Pamela Tom for her undying passion to open everyone’s eyes as to what Tyrus Wong has gleefully brought to American culture and cinematic history, and has done so in a completely selfless and unselfish way. I know for a fact that I’ve bought some of those Hallmark Christmas cards he drew…but obviously never knew who drew them…but thanks to Tom, now I do.

Personally, I think the most amazing thing about Tyrus Wong, at least judging from what I saw and heard in the film, that regardless of all the crap he’s gone through, the good, bad, sucky, happy, sad and yes the ugly, that he’s been able to grow though what he’s gone through and did it without complaining, whining or gripping about his situation.

Furthermore, Tyrus Wong doesn’t come across like he has entitlement issues or the world or America owes him something, which is a rare event in minority-themed documentaries about others who have also suffered through their assimilation and concurrent lives in the United States.

What’s also very cool about yesterday’s screening of Tyrus (Saturday, November 7, 2015), besides Tom’s presence, Tyrus Wong was in the audience and apparently watching the completed film for the first time. Rock on, man.