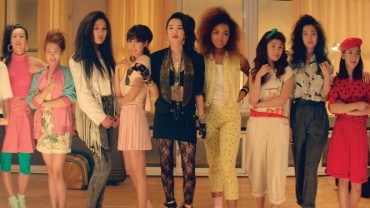 Sunday’s Mass had nothing to do with Moonies, but two distinctly flavored Korean comedies, one about searching for cultural identity, the other about soul switching and making sacrifices, and both are winners for the sole’s that attended the mass screenings.

In case you didn’t get the title, Santana performing Soul Sacrifice was one the flagship acts at the legendary, summer of 1969, rock festival Woodstock, a music and fair festival that defined the peace, hippie and music movements of the late 1960s.

Seoul Searching is a film about Korean American teens sent to Korea to find their roots and search for cultural identity during the 1980s, of which an important backdrop that defines the film is the music of the 1980s, that essentially was the rocket ship launching for MTV.

Directed by Benson Lee, Searching begins by explaining how the Korean war did more than just split the country in two, but it also dissected the population as masses of Koreans migrated to the four corners of the Earth. In the 1980s, Korean government-sponsored summer camps authorized foreign-born and/or raised Korean teenagers the chance to reconnect with their heritage and learn what it meant to be Korean. 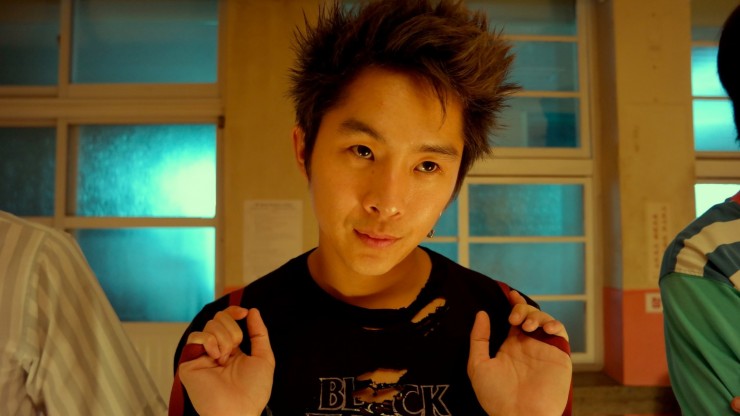 We’re immediately swept away by the awesome 1980’s music as the main teen characters arrive at Seoul’s Gimpo Airport in 1986 and are introduced via a 1970’s Soul Train-ish dance line as each teen shows off who they are as they give the audience a sense of what is obviously about to come.

Lead male Sid Park (Justin Chon), who looks like a punk version of Lou Diamond Phillips and the non-related Grace Park (Jessica Van) who sachet’s around like a dark Madonna, will be staying in a boarding-school, where gender mixing, sex and alcohol is prohibited. For them and all the other teens, it’s not going to be a walk in the park but a mad dash through a hell-raising cemetery where each teen in Seoul will find their sole.

SDAFF fearless leader Lee Ann Kim bubbles with enthusiasm as she shares with me before the film, “My personal interest in this film is that it’s the exact story of how my husband and I met. It’s set in the 1980s with spectacular music and I’m all about the ’80s. The film really surprised me…it was silly but endearing and very touching. It was raw and it was very true to the experience I had. It was two weeks of hedonism. Lee was able to mix the Korean culture with the Korean American culture, in a summary of scenes showing the culture clash of growing up Korean American in American society. It really bought back honest and really authentic memories of the disassociation of my parents, not understanding who I was, and the feeling like I didn’t belong to anywhere.”

After watching the film, I’m quite interested to find out which female teen Kim most closely associated with.

Wonderful Nightmare is a Heaven Can Wait (1978), mind, body and soul switching romp that uniquely melts sappy, soppy and sometimes happy Korean comedic sensibilities with great twists. It also features a total mind bend direction that will lead audiences into dark high school recesses of the mind as it strongly addresses the issue of teen rape. This is all the more timely in America with the current landmark rape case where the unassuming, gentleman-looking, Ivy league bound high school senior Owen Labrie from an elite prep school in New Hampshire, was convicted of raping a 15-year-old girl as part of a sex contest.

Directed by Kang Hyo-jin, in Wonderful Nightmare, due to a mistake made in heaven, a cold hearted, no nonsense, man-hating female attorney, Yeon-Woo (Uhm Jung-Hwa), dies before her time. In order to return to a normal life and her self, she must live in the body of a common housewife for a month, who turns out to be the person that should have died. As she begins her temporary new life with her new husband, Sung-Hwan (Song Seung-Heon), daughter, Ha-Neul (Seo Shin-Ae) and wee lad Ha-Roo, she is confronted with personal nightmares and situations that force her to look into the mirror deeper than she wants to as she begins to recognize what she’s missed out in life and that she’s falling in love with the husband and children. One of the tear-jerking moment is the realization that in 30-days, as Yeon-Woo returns to normal life, the housewife will die. 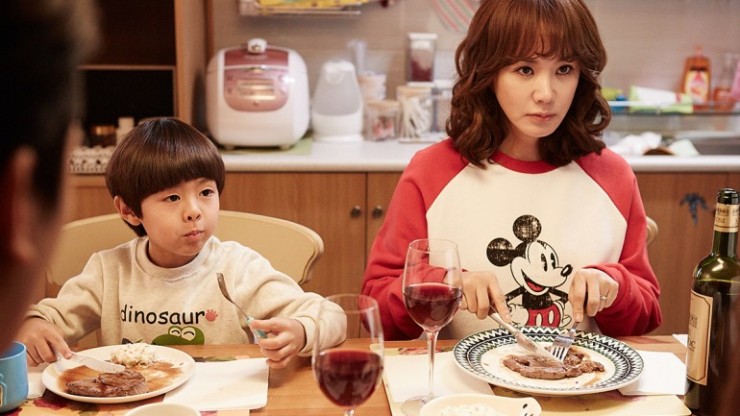 To me, there were three major surprises in this film. First, there’s a shot of Yeon-Woo wearing a San Diego high school sweatshirt. Secondly, because Yeon-Woo is genetically predisposed toward getting the degenerative eye disease retinitis pigmentosa, Ha-Roo is turning blind. What’s so special about that? While being a researcher at top U.S. medical school, my wife was on the brink of finding a cure for the disease but it was squashed. Lastly, I was totally surprised that my eyes were watering more during this film than from watching The Wizard of Oz (1939).