SDAFF 2015: TWO COMEDY HITS – One on Purpose, One Undesigned. 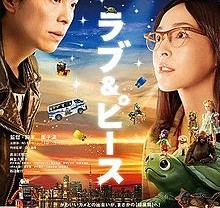 Monday (11/9) at SDAFF was not Mundane, in fact it was jolly well hi-larious. It’s the insane in the membrane refrain that makes film festivals unique over waiting for a film to hit the theaters. And of course, many films at festivals that feature foreign productions never make it into American theaters…and that’s a loss for American filmgoers. 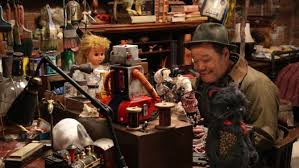 I’ll come back to this but let’s first talk about director Sion Sono’s Love and Peace, an expected unexpected film that fulfilled my expectations without any exceptions. It is known that a great many poets, writers, filmmakers and songwriters have a muse, what’s so amusing about Love and Peace‘s is the film’s human protagonist is such a loser that if he ran a race against himself, he’d still come in last. Yet while sitting on pathetic rooftop, with a fellow bunch of down and outers who hang out with a subliminal plastic statue of a dog that also starred in Sono’s Whispering Star, which is also at SDAFF, Kyo (pathetically played by Hiroki Hasegawa) finds his muse…a wee turtle that he dubs as Pikadon (a word associated with atomic blasts, another of Sono’s fixations).

When his office mates cruelly ridicule Kyo to the end of the Earth, it’s time for Pikadon to leave the outside Earth and enter a different realm via a flushed toilet bowl and enter Tokyo’s sewer system, were he stumbles upon a Rudolph the Red-Nosed Reindeer-ish Island of Lost Toys. 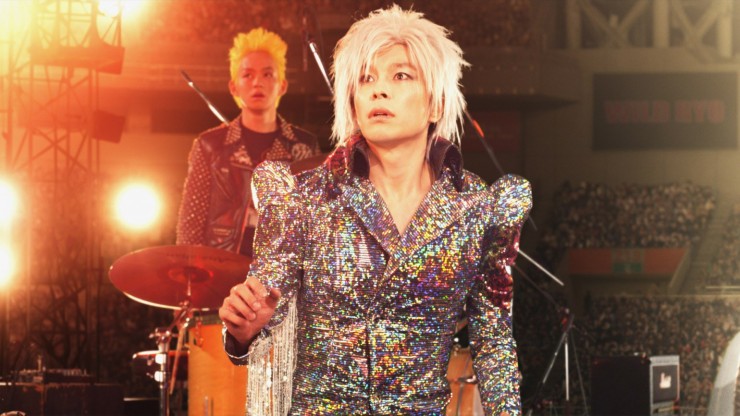 At this point the film turns wacky, crazy, zany, freaky and loony, which is beautifully accentuated by using animatronics and puppetry over CGI special effects as a menagerie of discarded toys and abandoned pets are saved by an old drunken sot who lives in the sewers and gives them the abilities to feel and speak. As Kyo and Pikadon’s minds meld, Pikadon helps Kyo attain his lifelong dream, to become a rock and role star, and perform at the coveted Nippon Stadium. Then as things get a wee bit taiju, it’s ground control to Major Kyo who check’s ignition and may Pikadon’s love be with you.

In the West, we have Hans Christian Anderson’s The Emperor’s New Clothes, which was basically no clothes. In Korea, there’s director Lee Won-suk’s The Royal Tailor, where the film’s quasi Royal Tailor is Kee Kong-jin (Ko Soo), a young clothes-maker who revamped the traditional style of clothing for women (and men) during the Joseon dynasty so much so that during that time period, his use of gorgeous color and cuts were viewed as sexy and bordering on the notion of wearing little clothing. 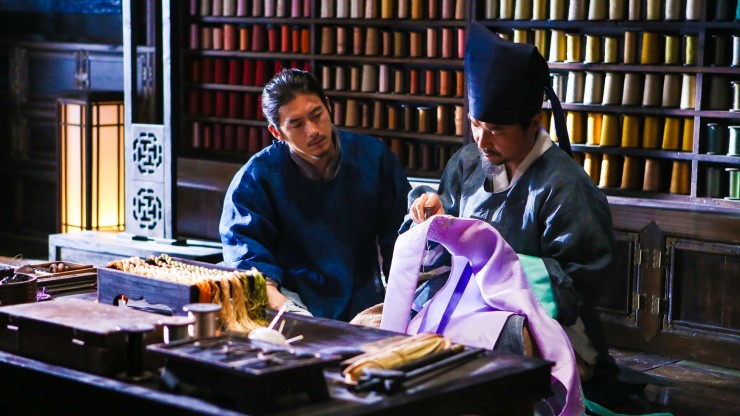 The Royal Tailor is Chul Dol-suk (Han Suk-kyu) who recruits Kee as a last resort to save the emperor’s old royal robe. Kee saves the day as the emperor assigns him new weaving work. Thus begins Chul’s fear that Kee might eventually replace him as we revisit the old commoner caught up in a period piece royal family circle of backstabbing, class distinction and murderous intrigue story.

Although set during the Joseon dynasty (1392-1897) there’s no specific time period or emperor name chosen through out the Royal Tailor yarn. Yet if you needle director Lee enough he’ll share that it was done on purpose, which allowed him to create the movie’s amazing wardrobe with a great deal of poetic license. And this is where the fun started. 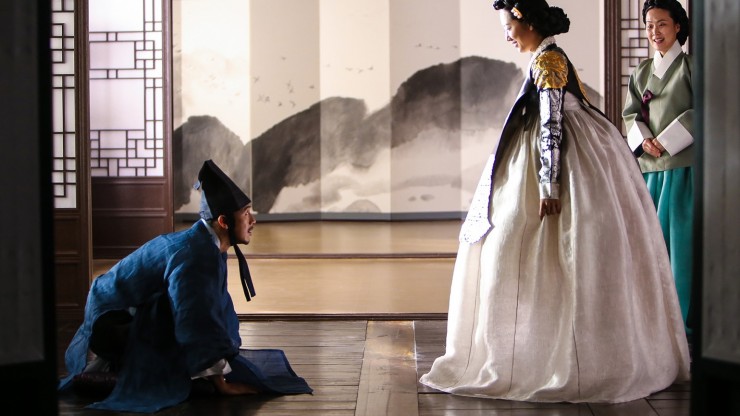 Lee was present before and after the screening and the audience knew he would be a regular riot when fearless SDAFF leader Lee Ann Kim mention that when Lee arrived and she offered to take him to San Diego’s best Chinese, Japanese or Korean restaurant he told the audience, “I wanted to go to Panda Express.” Giving the hand sign rock and rollers give to their adoring fans, he screams, “Orange chicken rocks.”

During the 40 minute or so Q&A, he answered a barrage of questions about production, working with the actors, how the film was received by critics, Korean historians and audiences, and how the production grew from a simple, low budget script to the huge epic it became. It seemed every answer was full of little humorous quips that he would then ask the audience, “Is it okay to say that?” Which made us all laugh even more. I will thus paraphrase the current popular saying about visiting Las Vegas, “What Lee said at SDAFF, stays at SDAFF.” 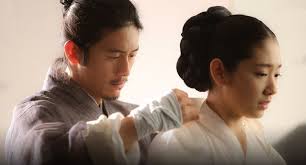 Although I would add that when someone asked him about what is the message or theme of the movie, he didn’t know and asked the audience what did they think. Upon his further comments especially the one about that he abhors Korea’s class system and that one of his goals in life is to fight that system and get rid of it…whether Lee realized it or not, that was the underlying message of the movie.