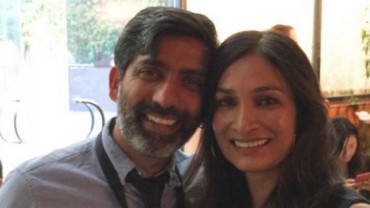 Why was the opening night film so exciting for me? Was it because I love South Asian or Bollywood films? Not really, unless of course it featured the Indian martial art kalaripayattu. Was it for the expected sing and dance routines? The film had none, so no again. What was it?

When I began writing for the newswire service Reuters 14 years ago, Kapoor was my first interview. We spoke about South Asian stereotypes in American film and TV, Apu on The Simpsons, his roles on the TV series Gideon’s Crossing (2000-2001) and Crossing Jordan (2001-2007), and a final question based on the data of the times…there were only 40-50 professional South Asian actors in Hollywood and most were focusing on acting. 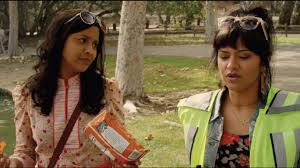 ked Kapoor how could things improve for South Asians in Hollywood he took a deep breathe and shared, “South Asians need to create more of our own work, then we can show, lead and create an example of how South Asians can be used in mainstream media…that is the biggest thing. There’s a few independent film being released this year that deal with this crisis topic…it’s the first stage of films made by a new community that expresses itself through an art form. We can then later deal with other issues beyond who am I. It’s about us leading the way with our own work. We should be judged by the work we do and not the skin, and help each other while being careful not to ghetto-ize ourselves.”

I was excited because the opening night film Miss India America was for Kapoor, not only his directorial debut, the culmination of 14 years of finally being able to do what he spoke about during our interview, but it was also a Hollywood, South Asian-themed film, with a South Asian cast and written by two South Asian screenwriters, himself and his wife Meera Simhan.

And when it comes to South Asian stereotyping, Kapoor cuts to the chase as he told me in 2001, that South Asian women were always being exoticized in Hollywood…so what better way to tap into the stereotype but show the other side of that coin, than with a film about American South Asian women vying against each other in a Miss India Pageant for American Indians…not to be confused with Native Americans, which was something else we spoke about before.

Miss India America is a coming-of-age comedy that balances what every American has learned about South Asian teens over the past 14 years, they’re spelling bee champs, they excel in school in science, valedictorian, debate champion and in Lily Prasad’s (joyfully portrayed by Tiya Sircar) case, she’s noted for doing charity work and having her whole life planned out ahead her…who she’ll marry, what she’ll do and how she’ll do it.

We quickly see that the Miss India America contest is undoubtedly like any other Miss Teen competition in America; sleazy and cheesy judges, inspirational speeches, zealous and overzealous mothers, zany talent shows and a menagerie of contestants that are all the same yet completely different from each other.

The humor is subtle but effective, the red herrings are in place, the beats and obstacles are well planned and there’s an authentic sensibility that respects the expected Indian cultural nuances yet they compliment these tinges by mirthfully mocking any misinterpretations that audiences might derive from their own diverse expectations.

What you don’t see or hear are funny accents, head shaking or goofy faces. Bravo or as they would say in Hindi…achaa, achaa.