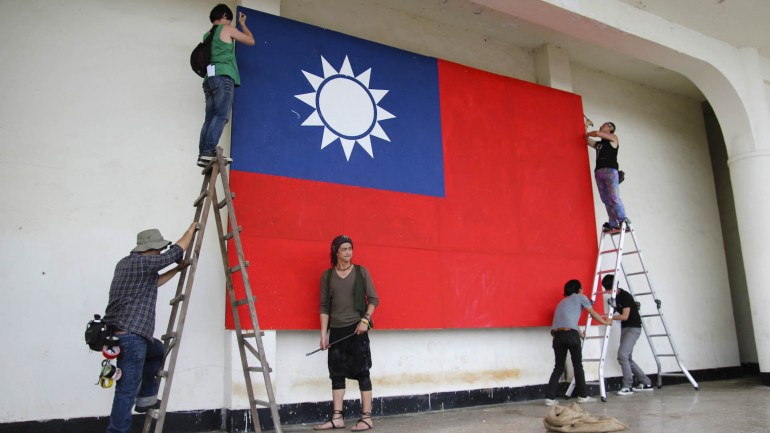 Every few decades, the Taiwan film industry takes stock of its current moment with a high-profile omnibus film. When Li Han-hsiang’s renegade Grand Pictures took a stand against the dominant Shaw Bros. studio in the 1960s, Li joined forces with fellow auteurs King Hu, Lee Hsing, and Pai Ching-jui for Four Moods (1969) to show what could be done by independent directors in Taiwan. When the Central Motion Picture Corporation wanted to breed new talent to fight off Hong Kong and Hollywood, they produced In Our Time (1982) with a number of young directors, including Edward Yang.

In 2011, on the 100th anniversary of the Republic of China, 11 years after Crouching Tiger Hidden Dragon and three years after Cape No. 7, with Taiwanese cinema again turning in new directions as competition from overseas mounted new challenges, the Golden Horse Film Festival commissioned short films from 10 veterans and 10 newcomers on the subject of “the uniqueness of Taiwan.” The result was 10+10.

Perhaps not coincidentally, spotlights on Taiwanese cinema have been sprouting up all over the United States around the same time. This year alone, special showcases and essays were featured at both the Los Angeles Asian Pacific Film Festival and the New York Asian Film Festival. Is something happening in Taiwanese cinema that warrants this special attention? As Anderson Le puts it in his program notes for 10+10 at LAPFF, “the cinema of Taiwan is going through a Renaissance,” or as the NYAFF guide describes it, “Taiwanese films are back.”

However, these proclamations are somewhat misleading because it’s not that Taiwanese cinema was ever gone. After all, total domestic market share is not the only measure for the presence of Taiwanese film. How could a 1990s and 2000s that produced masterpieces like Edward Yang’s A Brighter Summer Day and Yi Yi, Hou Hsiao-hsien’s The Puppetmaster and Flowers of Shanghai, Tsai Ming-liang’s The River and What Time is it There?, Cheng Wen-tang’s Somewhere Over the Dreamland, Ang Lee’s Eat Drink Man Woman, and Ko I-chen’s Blue Moon ever be confused with not being present?

Rather, it’s that Taiwanese cinema has always been very creative about adapting to changing production and demographic contexts (sometimes too creative, according to some), and it’s just that recently, that creativity has translated into domestic success for certain kinds of films. But it’s important to note that what’s special about Taiwanese cinema now isn’t simply that it’s making money again; it’s that it continues to further represent Taiwan in all of its diversity of styles and subjects regardless of their box office prospects. And there’s nothing too new about that.

In fact, many of the new films in our inaugural Taiwan Film Showcase, a partnership between SDAFF, the UCSD Taiwan Studies Lecture Series, and the Taipei Economic and Cultural Office, resonate with the short films that make up IN OUR TIME, which we are proud to present in a new 30th anniversary digital print. The moody childhood woes and dinosaur fantasies of Tao Te-chen’s 1982 short find echoes in Tom Lin’s STARRY STARRY NIGHT. The hormonal angst of Edward Yang’s entry can be read into the high school blues of CHA CHA FOR TWINS, the opening night film of the Showcase. And the newlywed comedy that is Chang Yi’s chapter is surprisingly similar to Arvin Chen’s short about a couple moving together in 10+10.

What’s different are some of the production contexts. Today, we’re seeing an explosion of digital DIY productions around Asia, and Taiwan is no exception. Jasmine Lee’s personal documentary MONEY AND HONEY is a charming and moving examination of Filipina domestic laborers in Taiwan, a subject that is well known, but little explored in Taiwan. There are also many more opportunities for co-production today, producing films as diverse as THE RAW AND THE COOKED, which thrives on the touristic gaze that relies on an outsider like Monika Treut, and STARRY STARRY NIGHT, a rare co-operation between all three “Chinas”: Taiwan, Hong Kong, and the mainland.

Taiwanese filmmakers, and agencies like the Taipei Film Commission, have learned to partner with longstanding bodies like the Government Information Office, and new potential partners like Huayi Brothers on the mainland, and in doing so have figured out how to continue to make innovative, thoughtful, and resonant films. A snapshot of Taiwanese cinema circa 2012 may look and feel different from Taiwanese films of previous decades, but it continues to assert the island’s passion for bringing its stories to the silver screen. We’re proud to join with UCSD and TECO-LA for a weekend of free shorts, documentaries, and narrative features to stoke those passions and make them better known throughout San Diego.  –Brian Hu

The Taiwan Film Showcase runs Fri. Nov. 2 to Sun. Nov. 4 at Atkinson Hall Auditorium at the University of California, San Diego. All films are free. A free reception precedes the screening of CHA CHA FOR TWINS on Friday night.

For news and information on Taiwanese cinema, check out the official Taiwan Cinema website.