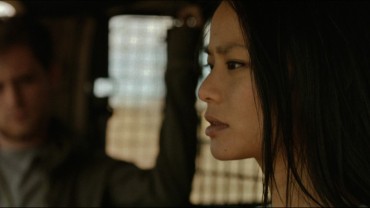 Part 1 of this blog elucidated that documentaries and true stories bring us windows of someone else’s lives, where we can lay witness to the suffering and hardships of others. It’s key that when you watch films of this nature, open your eyes and close the egos, because it can be easy to put yourself into the film and let the, “Now if that was me…” bravado diffuse your body into a false sense of safety. At the end of the day, we really have no clue what we’d do until we’ve been in the situation.

The movie Seeking Asian Female, which was originally slated to investigate the cultural phenomenon of yellow fever (objectification of Asian women by non-Asian men, mostly Caucasians),  took an unexpected turn when director Debbie Lum was unwittingly and intimately drawn into the plot by the lives of the mixed-couple prenuptials she was canvassing. In a unique twist in documentary filmmaking, the fate of her character’s relationship hinged on Lum’s involvement.

Based on a true story of human sex trafficking in the United States, Eden, shocked and stunned audiences with it’s narrative power revealing how powerless its victims can be. Yet there was one that refused to be overpowered by her situation, Korean American Chong Kim. Her unwavering spirit to survive climaxed with a daring escape from the clutches of an international sex trafficking ring that used under aged girls for licentious acts of degradation where the final outcome for these girls is physical and mental mutilation, or death.

This truly metaphorical garden of Eden is full of evil snakes willing to offer the poisoned apple to the innocent and trusting waifs who have never been taught awareness and how to recognize these snakes and avoid the traps they set.

In the film, Hyun Jae (representing Chong and magnificently portrayed by Jamie Chung), realizes the trap too late and is snatched and swallowed whole as she becomes another wayward teen that didn’t recognize the warning signs.

She thrown into the back of a car and then violently tossed into the vicious world of sex trafficking in the middle of New Mexico.

At this point, we the audience feel just as helpless as Hyun, as we are sucked into this ultra-creepy world bound and gagged.

After the film…shock, awe, stunned…the audience sat in silence trying to process what they had just seen, basically witnesses to this horrific crime.

Chong, Chung, director Megan Griffiths and screenwriter Richard Phillips also attended the film as the audience was able to breath a sigh of relief as they fielded questions from Lee Ann Kim and then the audience.

Phillips explains how the idea of the film was born. “I read a short, less than 100 words article about Chong in a copy of a Korean Quarterly magazine,” he quips. “That basically became the synopsis.”

When Kim asks about the difficulties of making a film like this Griffiths reflects, “Horrific things had to be filmed. Preparations for it was difficult, the research, the emotional realities of what is going on.  Some scenes were really traumatic for the cast and crew….it just got real on set. Jamie’s (Chung) piercing screams shook us all.”

Chung added that during the scene shot with the fraternity boys she couldn’t take it.  “I was never in that room, I was watching behind camera and had to literally walk away and walk out of the house. I was so annoyed and it was so eerie….it just got to me and I couldn’t handle it.”

Local young teens girls were cast to play the other young teens going through the same ordeal as Hyun Jae. Although there was rarely anything too graphic on screen, it’s our minds filling in the blanks and imagining the horrors that adds to our emotional escalations.

Chong agreed with the film direction interjecting, “I also wanted to make sure that the film was accessible to moms so they can show their kids that the world we live in isn’t as innocent as it seems. One mom told her daughter about the film as the daughter was planning to run away until she saw this film and now she’s scared and that’s a good thing.”

Chung addresses the questions that everyone asks about this kind of story, “Why didn’t you run away, why didn’t you scream for help, why didn’t you go to the cops…all these generalized ideas like why didn’t you escape. There are deeper issues involved, brainwashing, things they do to keep you there and frighten you.”

What gave Chong the strength to break away? A moment of silence later she shares, “When I ranked up, like you saw in the film, it made me more disgusted with the corruption and the amount of people that turned a blind eye…so it was about I would get killed. I kept repeating to myself, ‘I need to get out, I need to get out.” After escaping it took me years to heal.

Listening to the discussions and how Chong gracefully spoke about her ordeal, when Kim opens the floor for questions I really didn’t know what to ask for fear of bringing up some hidden fear or unresolved issues…I mean does one truly come to grips with all that happened, can one can really process the emotions….and what about dealing with her PTSD? What are repurcussions of talking about her ordeal, especially from those who still who walk and run those circles? I left it alone.

Chong closes sharing that when she heard about human trafficking, she thought it was about getting traffic tickets. Then one day when she attended an event on human trafficking in 2003, when a college girl asked a panel of experts about it and if it could happen in the United States the panel unequivocally said, “No.”

Chong bravely rose to her feet and blurted, “I disagree with you.”

The panel snidley said, “What gives you the expertise?”

Chong exclaimed, “It happened to me.”

Thus began her healing journey, which has ended up with the screening of Eden this night.