SDAFF 2016: To-Two Three – Not the Right Time But Balletic Time

Just like the English titles of Chinese films, where the meaning of the Chinese title gets lost in the translation to where Western filmmakers may not get it, such is the coinage of an English wordsmith, as the title of this blog makes sense if you look beyond the words, yet the meaning may get lost in the non-translation for those not into wordplay.

Either way, Johnny To’s, two SDAFF 2016 films are about sets of three, where his produced Trivisa is about a specific time period (not 2:58 pm or two to 3:00 pm) and his directed Three doesn’t have anyone dancing around in a tu-tu but ends with one of his classic ballistic balletic crescendos. 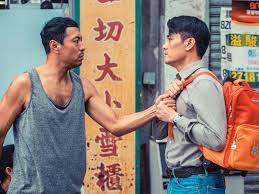 The Chinese title’s translation for Trivisa (no such word in English) is, “The bigger the tree, the more it catches the wind.” Figured out the story yet? However, if you’re familiar with the sacred language of sanskrit, in Buddhism, trivisa refers to the three poisons (three afflictions of one’s character), attachment, ignorance and aversion. Are things beginning to make more sense now?

Trivisa is crime drama that follows the schemes of three notorious, real-life gangsters Yip Kai-foon, Kwai Ping-hung and Cheung Tsz-keung, during the waning days of Hong Kong’s freedom before it is handed back to China by the British Government.

Each criminal’s story is handled by a different Hong Kong director as the criminals’ lives are seemingly interwoven together similar to the various criminal elements from a Quentin Tarantino film. Yet at the end of the day, all three criminals reach an emotional breaking point via one of the trivisa three afflictions, which makes them move further away from each others narratives yet they all reach the same violent end result. 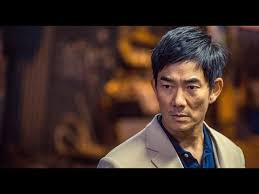 Just like in America, where many choose to ignore the brazen immoral acts of others and glorify who they are, for example the mobster Al Capone, for a split second, you may find yourself feeling sorry for Yip, Kwai or Cheung, until you quickly realize that if they are successful, it would signify the end of Eastern (or Western) Civilization as we know it.

Back to the English translation of the Chinese title…the bigger the tree, the more it catches the wind. It insinuates that because these criminals are famous, they’ll receive a lot of attention (police, public, TV, etc.) and it’s this attention that will bring them down.

Though the English title of the second film is Three, the English translation means, “Three on a Journey Together,” which is drawn from a Confucius philosophical saying, “Among three people walking, there’s bound to be a teacher,” the point being that one can learn something from anyone. 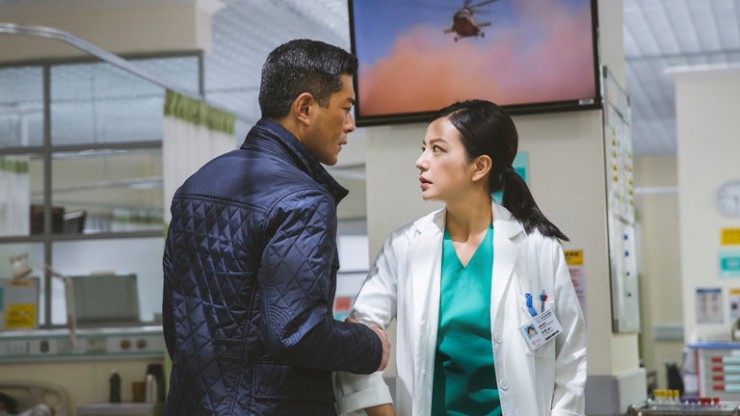 It’s certainly not the kind of thing you’d see in a fortune cookie, which I’m sure most of you know by now that over in China, Taiwan and Hong Kong, fortune cookies don’t exist…or egg rolls for that matter…well at least when I lived in the Republic of China during the late ’70s and early ’80s.

Though Trivisa is not a criminal noir thriller, a genre Johnny To is known for, Three is, and if you find the many snippets of making of videos on youtube…you’ll be even more astounded and thrilled.

Set in a hospital, Three follows the journeys of neurosurgeon Tong Qian (Vicky Zhao), a wounded smooth criminal (Jonathan “are you okay” Wong) and his nemesis Inspector Chen (Louis Koo; who was the villain in last week’s SDAFF film Call of Heroes).

On the surface, as the characters are forced to interact and communicate with each other, all three of the protagonists (pending on your point of view, they could all be antagonists), their backgrounds and skill sets gives them all the power over life and death not only over each other but everyone else in the hospital.

As the suffocating tension and morbid fears we’ve all experienced in a hospital begins to psychotically build up beyond what we expect to occur at say Scripps Hospital in San Diego, Three explodes as Johnny begins to expertly wield his action scalpel with more precision than a brain surgeon.

The emergency room becomes the OMG urgency room as patients, visitors, doctors and nurses are all targets of a ballistic shift of blood spurting, artery maiming, gore, violence and bullet in the body furor as the stress and anxiety goes PTSD on everyone in and outside the film, where sheering glass, dancing ceiling tiles moving to the rhythm of intense explosions and slow motion flippery must at end at some point. Yet to what point?

Thus, after you’ve seen the film, keep the Confucius analect in mind and ask the big question that confronts the audience…who’s learning what from whom? Vote today and hopefully feel well tomorrow, because when you get down to it, everyone today in America is in a Three situation…Trump, Clinton and ourselves. Hopefully all parties involved can have the virtue to learn something from the others.