SDAFF 2016: Mike Siv’s Documentary “Daze of Justice”: A Lesson for the World 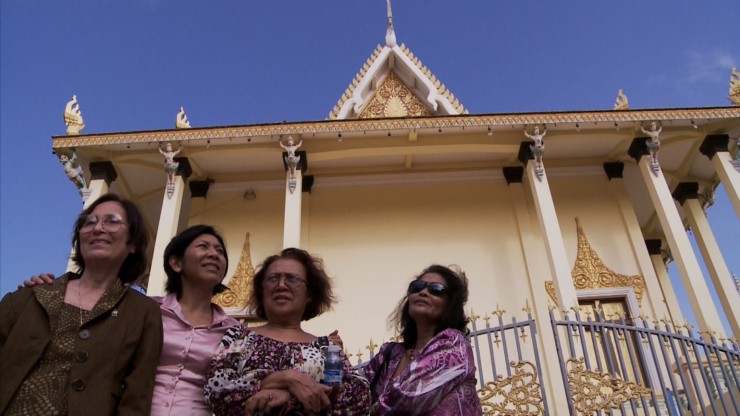 A short while ago, I wrote a TEDx Talk for a friend of mine entitled Give the World a Peace of Your Global Mind who recently presented it in Japan. The core of the speech centered around the development of a global mindset and how that could become an impetus toward creating world peace. As I was watching Mike Siv’s engagingly powerful documentary Daze of Justice, it occurred to me that the film and it’s six main subjects should go on a world tour to give the world a peace of their global mind.

The Khmer Rouge was the name given to the followers of the Communist Party of Kampuchea, a state in the country of Cambodia. Led by Pol Pot, Nuon Chea, Ieng Sary, Son Sen and Khieu Samphan, in 1975, the Khmer Rouge won the Cambodian Civil War (1970-1975). Between 1975 and 1979, Pol Pot’s regime ordered state-sponsored genocide as through their government policies they brutally tortured, starved and executed two million Cambodians, which at the time was a quarter of the country’s population. 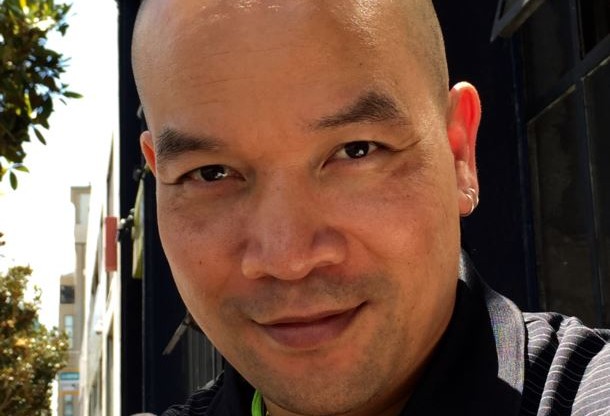 Directed by Mike Siv, Daze of Justice focuses on three brave American Cambodian female survivors of the mass genocide, Sophany Bay, Sarem Noeu and Marie Chea, who were tracked down by Cal. State Long Beach professor Keakhena Nou. Through her efforts, Keakhena is able to spark the interest of the three ladies to go to Cambodia to participate in the war crime trials of Pol Pot’s Khmer Rouge cronies Nuon Chea, Ieng Sary and Khieu Samphan.

Keakhena shares with the group that in order to rebuild society, we can start from a place of peace rather that a place of revenge and hatred. Thus upon their arrival in Cambodia, Keakhena and Siv travel to Khmer Rouge country armed with the notion that if survivors and perpetrators can meet and understand each others pain and suffering, there’s a common ground. The hope is that the perpetrators will admit to what they have done, take responsibility for their action and apologize to the survivors. 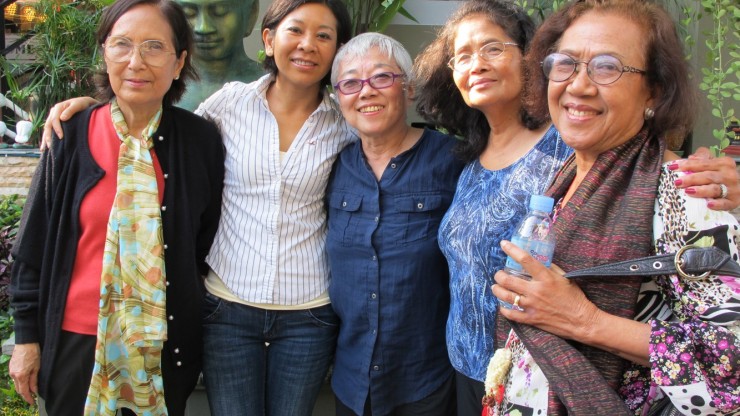 They meet a man named Pheng, who provides an unexpected twist and turn to the documentary that will lead everyone down additional paths of trials and tribulations. It’s the important point that all documentaries hope for, something that naturally changes the  direction of the story…and change it, it did.

After yesterday’s screening, Siv and the three genocide survivors, Sophany, Sarem and Marie, were on hand to speak about peace, forgiveness and how just the simple acknowledgement of guilt and an heartfelt apology from even the son of a major perpetrator can go a long way to unearth the paths of closure, justice and healing. Hopefully the world might learn from their stories.

What happened in Cambodia has occurred some many time throughout history, the most obvious one being the atrocities of Hitler and his treatment of Jews. Yet after the war, not only was justice served and Germany as a country has recognized, admitted and apologized to Jewish communities worldwide but also Germany has taken major steps to make sure this will never happen again in their country.

In revisiting the idea of Daze of Justice and it’s six main subjects (Siv, Keakhena, Sophany, Sarem, Marie and Pheng) going on a world tour to give the world a peace of their global mind, if it ever happens like maybe finding a sponsor, the first stop needs to be Japan, a country that still won’t admit to the atrocities they inflicted upon China when Japan was the staunchest ally of Hitler. 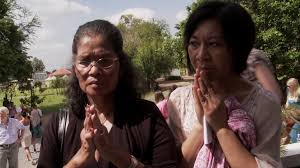 I was reminded of the film from SDAFF 2010, City of Life and Death, which is about the excruciatingly sad and psychotic behavior that the Japanese army unleashed on the city of Nanjing during what has become known as the Rape of Nanjing.

Most of the people in the audience sat in shock, sadness and/or tears as the story re-enacts the atrocities committed during the Japanese occupation of the city. In fact, the whole start of the second Sino-Japanese was a sham created by the Japanese to give the Imperial forces an excuse to invade China, something the Japanese admitted to in 2006.

Yet in regard to the December 1937 Rape of Nanjing, history clearly records that Japanese troops slaughtered 300,000 Chinese men, women and children and raped 20,000 Chinese women and girls. In the 2007 docudrama Nanking, which was screened at SDAFF 2007, three Japanese soldiers involved in the event were openly unapologetic about their behavior as they almost proudly admitted that if a girl or woman were ugly, they’d put a bag on her head and pass her along to another soldier.

Back to Daze of Justice. As is common with war crime trials…the defendants either deny all wrong doing, they were following orders or weren’t aware of such events…Nuon Chea and Khieu Samphan were found guilty and sentenced to life in prison and Ieng Sary died of a heart attack prior to receiving the same verdict and punishment.