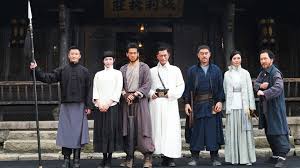 To me, and I’m biased, the true opening night of the 17th annual SDAFF is the first screening of a martial arts film. Briefly, in 1973, when I was 16 and days away from dying from the incurable, progressive and deadly disease cystic fibrosis (CF), my brothers forced me to go to the local Drive-in. After witnessing the first kicks that Bruce Lee threw in Fists of Fury (1971; aka The Big Boss), I went from being depressed and waiting to die, to wanting to live and learn what Lee was doing. Years later and by becoming a stuntman in Chinese kung fu films in Taiwan, an ascetic chi gong master taught me what I needed to know. Five months later (August, 1980), I’ve been off all CF medication (30 pills/day) and therapies for 36 years. Kung fu films literally saved my life.

So last night, Friday, November 4, the wu xia film Call of Heroes featured righteous kung fu men saving the lives of folks living in a remote village in the mountains of China from a ruthless army of a psychotic warlord. 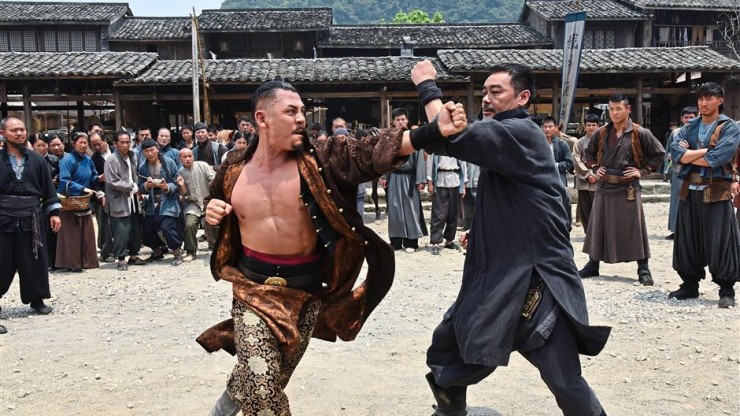 At the end of the day, Heroes is a numbers game. No, this isn’t to say that the film is a gamble, instead the spun yarn ups the ante as it liberally borrows from the likes of Kurosawa’s Seven Samurai (1954) and the countless Shaw Brothers films that featured bands of heroes associated with the Five Ancestors of Shaolin, the Five Elders of Shaolin, the Ten Tigers of Shaolin, the Ten Tigers of Canton and of course the 108 Heroes of Liang Shan Marsh. Where similar to all of these films, the core of each movie strongly centers around strong heroes, bands of brothers and mouth watering weapon and Chinese pugilistic mayhem choreography to die for. The kind of things that SDAFF’s artistic director Brian Hu looks for when searching for martial arts films to knock out SDAFF audiences.

Hu confesses, “I’m always first and foremost interested in choreography, how the camera treats the choreography and the choice issues of action that the great directors and action choreographers use and how they picture it in a way that’s thrilling for audiences. Stories are important too…well (delayed giggle)…I wouldn’t even go that far…I would say momentum is important in action films and action carries that momentum. Also, does the martial arts have ambitious new ways to tie the characters in with history? There’s a lot of untapped story lines out there in martial arts films still waiting to be made.” 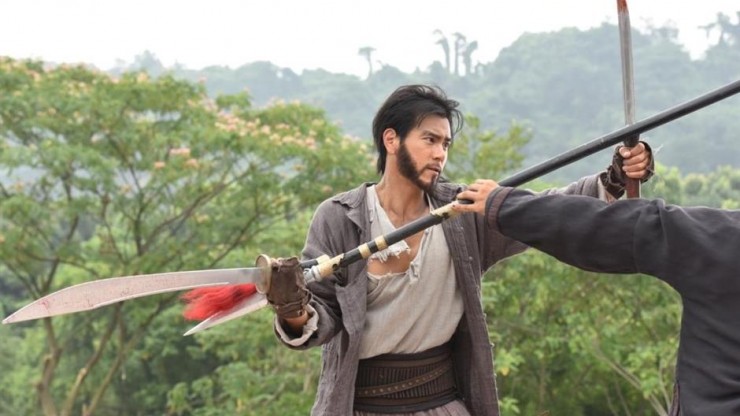 I agree. A film about how 128 Shaolin monks armed with guans saved the Ching Dynasty in 1685 by defeating hordes of Russian invaders that spread South into China to a point comparable to if Canada invaded American down to St. Louis, begs to be made.

Directed by Benny Chan and starring Ching Wan Lau, Louis Koo and Wu Jing, Heroes takes place in 1914, after the collapse of the Ching Dynasty. It’s a tale about the law abiding and morally beleaguered lawman Yang (Ching) stationed in the small, forsaken ordinary city of Pu Cheng who whips into a shape a band of shabby mercenaries to help him battle the army of barbarous warlord who wants Yang to hand over the warlord’s crazed, blood thirsty imprisoned son. If that doesn’t happen, blood lust shall rain down upon Pu Cheng like hungry tigers on a fenceless cattle farm. Only one immooovable party can survive.

Back in 2000, when former executive director and now retired fearless SDAFF leader Lee Ann Kim was putting together the first SDAFF, Sammo Hung was telling me on the set of CBS’s Martial Law (I was a fight directing apprentice of the show’s Hong Kong action director for two years), if the fights are good in kung fu films, even if the story is not good, audiences will come out to watch. But what if there’s a good story behind the fights? 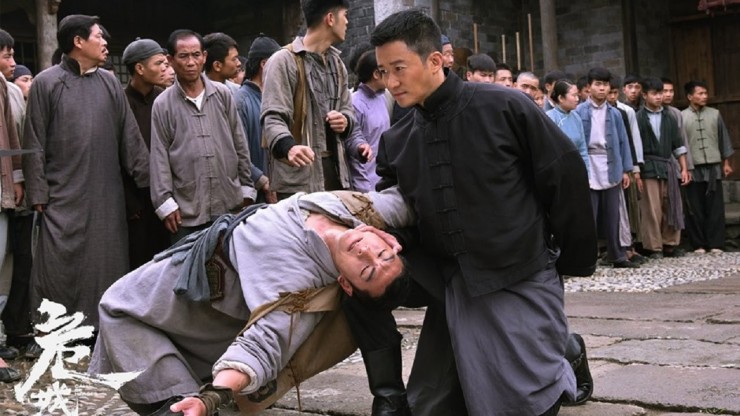 In case you didn’t grasp the film’s metaphor, Pu Cheng is Hong Kong and the evil warlord represents big brother, if you know what I mean. I wonder how director Benny and the Jets sneaked the film past the Chinese censors.