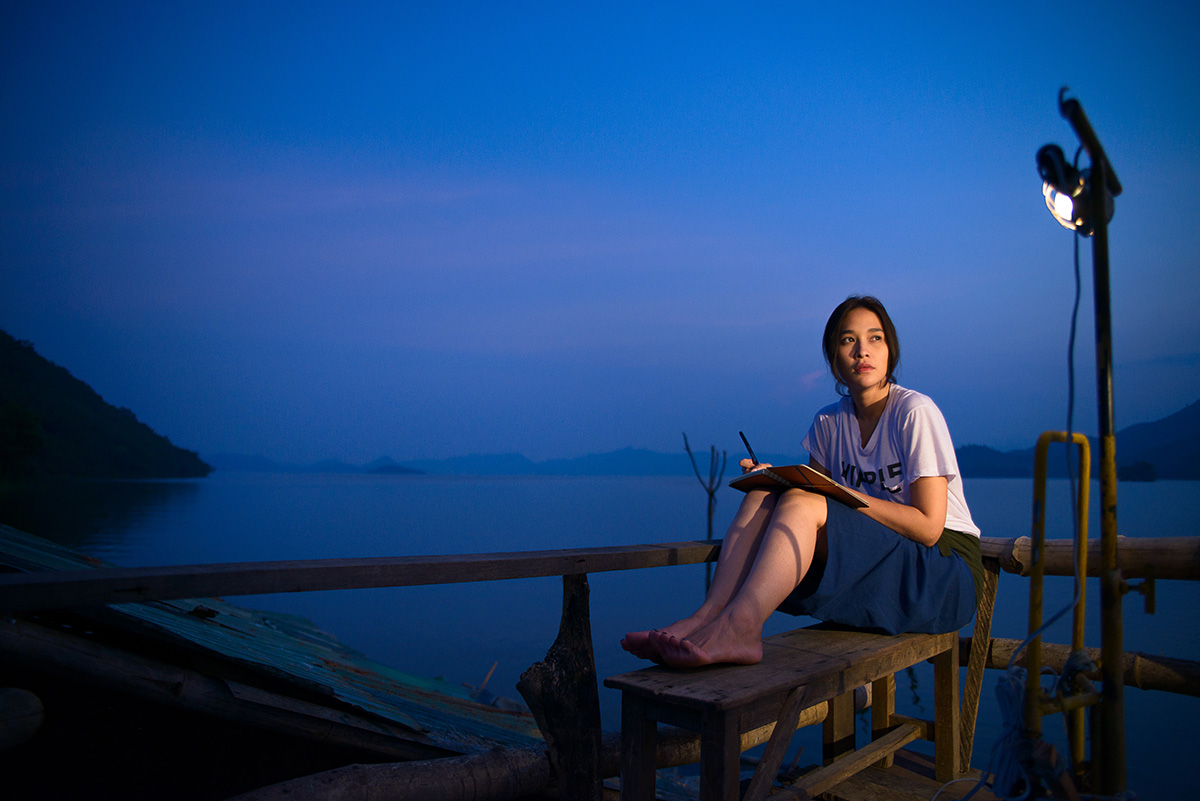 Finally, a rom-com that I (a man) can enjoy, and one that doesn’t have Katherine Heigl in it. The Teacher’s Diary is a truly feel-good film that connects with your emotions in a way that leaves you hoping and wishing rather than checking your watch every few minutes, waiting for the inevitable conclusion. The film was officially accepted as a nominee for the Academy Awards, under the ‘International Film’ category. While we are used to the romantic comedy genre sticking to the same-old same-old, this film really goes out of its way to make sure you are entertained by stretching and manipulating the form. The story follows two teachers, Ann and Song, both sent to an isolated houseboat school in Thailand. The two teachers work during different time periods, connected only by Ann’s diary, written in 2011, which Song finds in the school on his first day. The diary guides him through life at the boathouse, dealings with the kids, and eventually finding love with the mysterious writer of the diary.

The film is directed by Nithiwat Tharathorn, a young Thai director with a fresh outlook on the typically conservative culture. The film stars Sukrit Wisetkaew and Chermarn Boonyasak, two stars that have surprisingly good chemistry, despite sharing very little screen time. Their infatuation for each other is sincere. The film feels genuine without being overdone. It separates itself from the Hollywood form of the “com” in rom-com. From a comedic standpoint, the humor was well done and not cheesy. From a romantic standpoint, it defies the typical “I hate you, but I’m falling for you, and now we’re in love” template that so many romantic films follow.

The film also touched on the true meaning of education by highlighting problems in modern teaching practices. Education shouldn’t be just for the sake of grades or marks; it should help us understand the world around you. One word of caution to you: the film may frustrate you a bit in your pursuit of a happy ending, but stick through it. A friend of mine here at Pac-Arts told me that they were searching for the perfect romantic comedy to close up the schedule here at SDAFF. After The Teacher’s Diary, they stopped their search. It’s that good. Make a date of it. And guys? You won’t be begging to wait in concessions to get out of this. You’re going to like it, too.

The next showtime for The Teacher’s Diary is Thursday, November 13th at 8:40 at Ultrastar Cinemas, Mission Valley. The film is part of the 15th Annual San Diego Asian Film Festival, and is eligible for the Audience Award, presented by Harrah’s Resort.