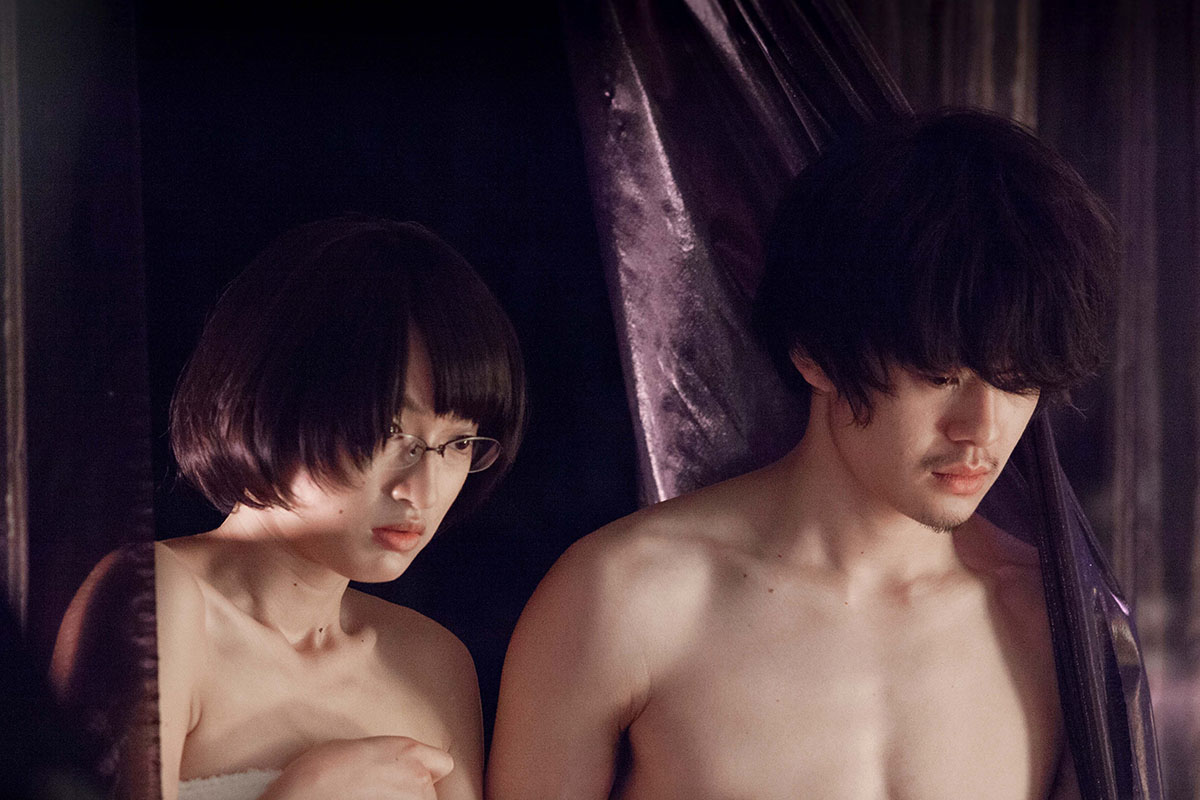 But, don’t be alarmed (or aroused) too easily, Whirlpool offers so much more than sex (and if that’s all you’re looking for, well, there’s plenty of that.) It’s a truly dynamic experience that encapsulates what anyone would want in a film, no matter how conservative or ribald you may be. The film follows four anonymous men and four anonymous women in Tokyo, Japan, all of whom choose to spend one night together, never learning names, skipping the wining and dining, and going straight to the desired. It follows their path through their five hour period, the first five hours of the day. Their diverse, ranging personalities are read and analyzed throughout, with a few surprises. The direction, done by up-and-comer Daisuke Miura, is surprisingly brilliant for a film whose crux is an orgy. Don’t be alarmed by that plot point, though, it is a movie you can see with your respective partner. In fact, I would encourage it. The romantic aspect of Whirlpool is as much a part of the film as sex. What Miura has done with the black of sex and the white of love has made a wonderfully crafted gray, a gray that can be seen on the screen.

Whirlpool also subtly touches on social issues, financial issues, and issues of the unspoken. The film stars Sosuke Ikematsu, Mugi Kadowaki, Kenichi Takito, Yoko Mitsuya, and others. While these names may sound unfamiliar, the jobs that these young actors have done achieve recognition from myself and many others as surprisingly connected. Personally, I was told to proceed with caution, and I pass on that caution to you. But, I did not use that caution as a block, but rather as a frame of mind. That frame of mind allowed me to take in what I saw (yes, it is a bit… different) and truly see the artistic filmmaking techniques that Miura uses. Love’s Whirpool is a surprising film. It is a film that will grasp you, hold you, and yes, maybe even arouse you. You didn’t know about this film, sure, but I suggest it with caution. It takes my spot, so far, as my top pick at #15SDAFF.

The next showtime for Love’s Whirlpool is Thursday, November 13th, at 9:00pm at Ultrastar Cinemas, Mission Valley. The film is part of the 15th Annual San Diego Asian Film Festival, and is eligible for the Audience Award, presented by Harrah’s Resort.