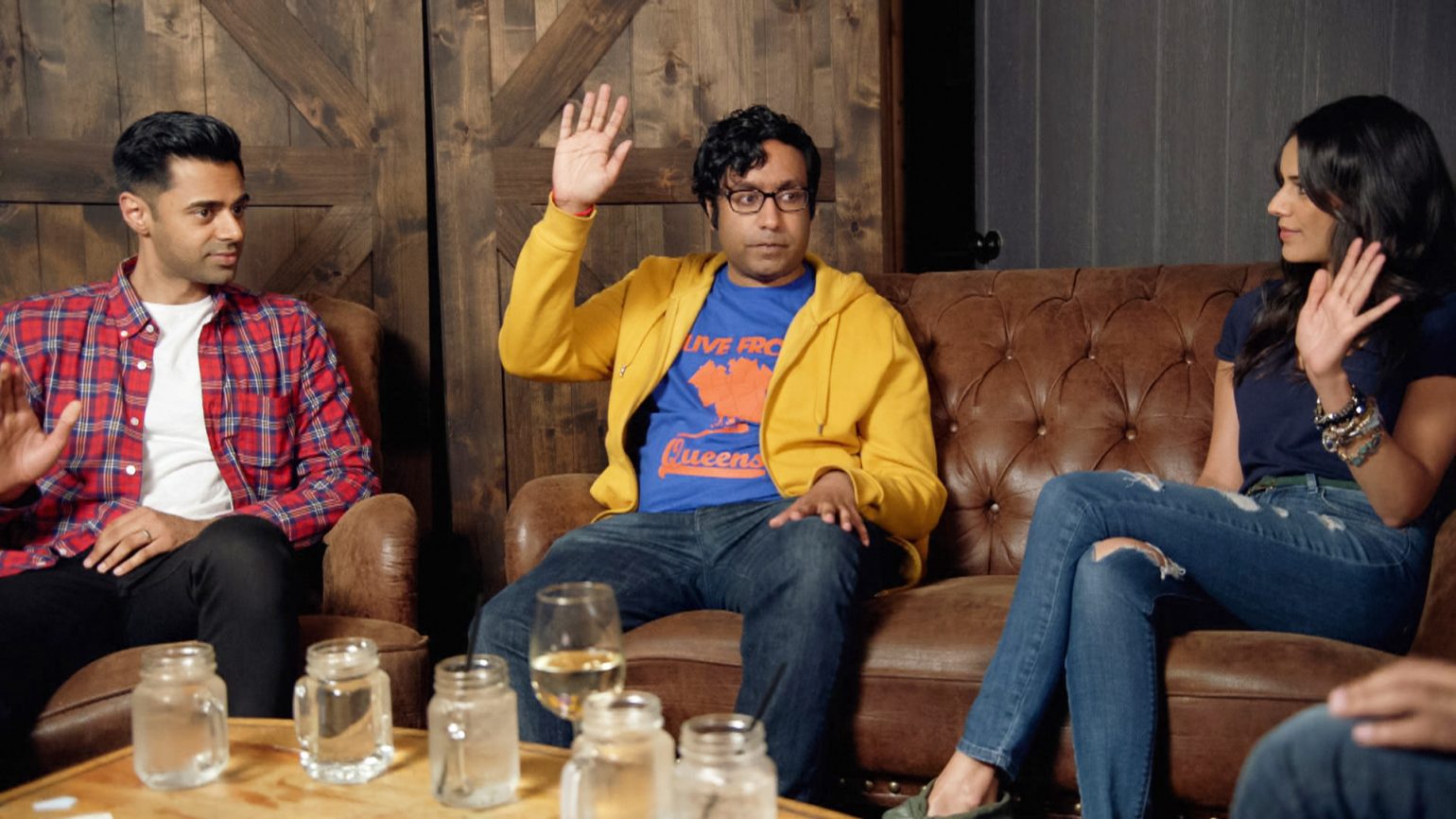 Hari Kondabolu is a successful comedian, podcaster, and calendar pinup. Plus he’s a grown ass-man. So what is he doing picking a fight with the fictional and animated Kwik-E-Mart owner Apu from The Simpsons? That’s not an affront to Hari, but a dumbstruck glare at the best-known – and for some the only-known – Indian character in the history of American popular culture, who for 28 years (28 years!) has been synonymous not just with an ethnic group, but with the vernacular for mocking that group. Come again?

Structured as a quest to track down and interview Hank Azaria, the white actor who voices Apu, this barbed and hilarious documentary is a send-up of a tone-deaf and un-evolving franchise that prefers the anachronism of its 1989 invention to addressing the collective misery of a generation of South Asian Americans who have endured the abuse it’s inspired. Along the way, Apu interviews the who’s-who of South Asian American entertainers – Kal Penn, Aziz Ansari, Russell Peters, Noureen DeWulf, Aasif Mandvi, Hasan Minhaj, and countless others who have sustained careers while negotiating roles that call for demeaning accents and representations. While Hari reserves his sharpest critiques for Azaria and the Simpsons franchise, his plight is really a compassionate one: to rehumanize a population that has been summarily dehumanized, to highlight talented actors who have been displaced by brownface, and to pay tribute to his parents’ generation of writers, doctors, and yes even convenience store owners, who deserve better than Apu Nahasapeemapetilon.  –Brian Hu