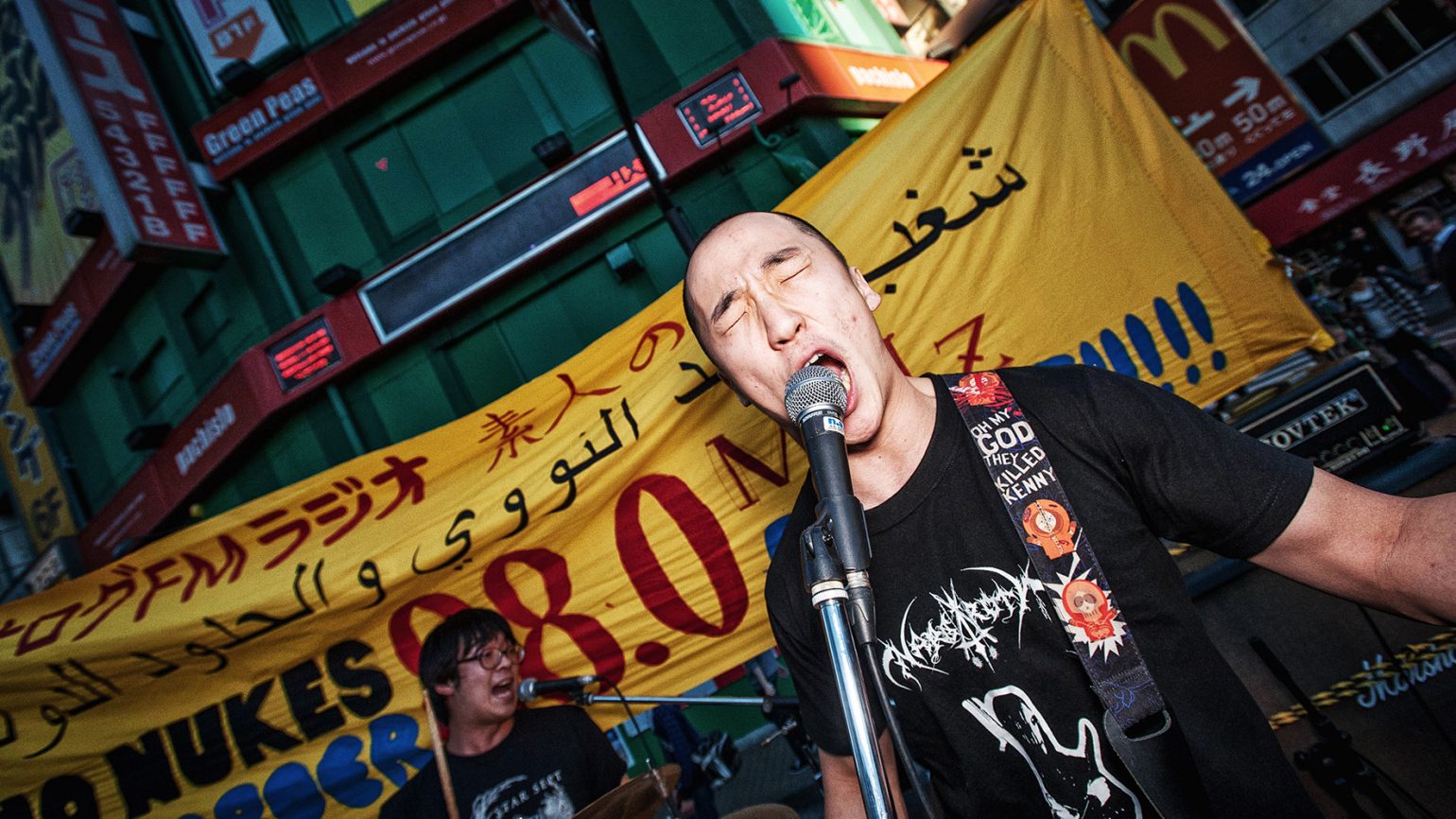 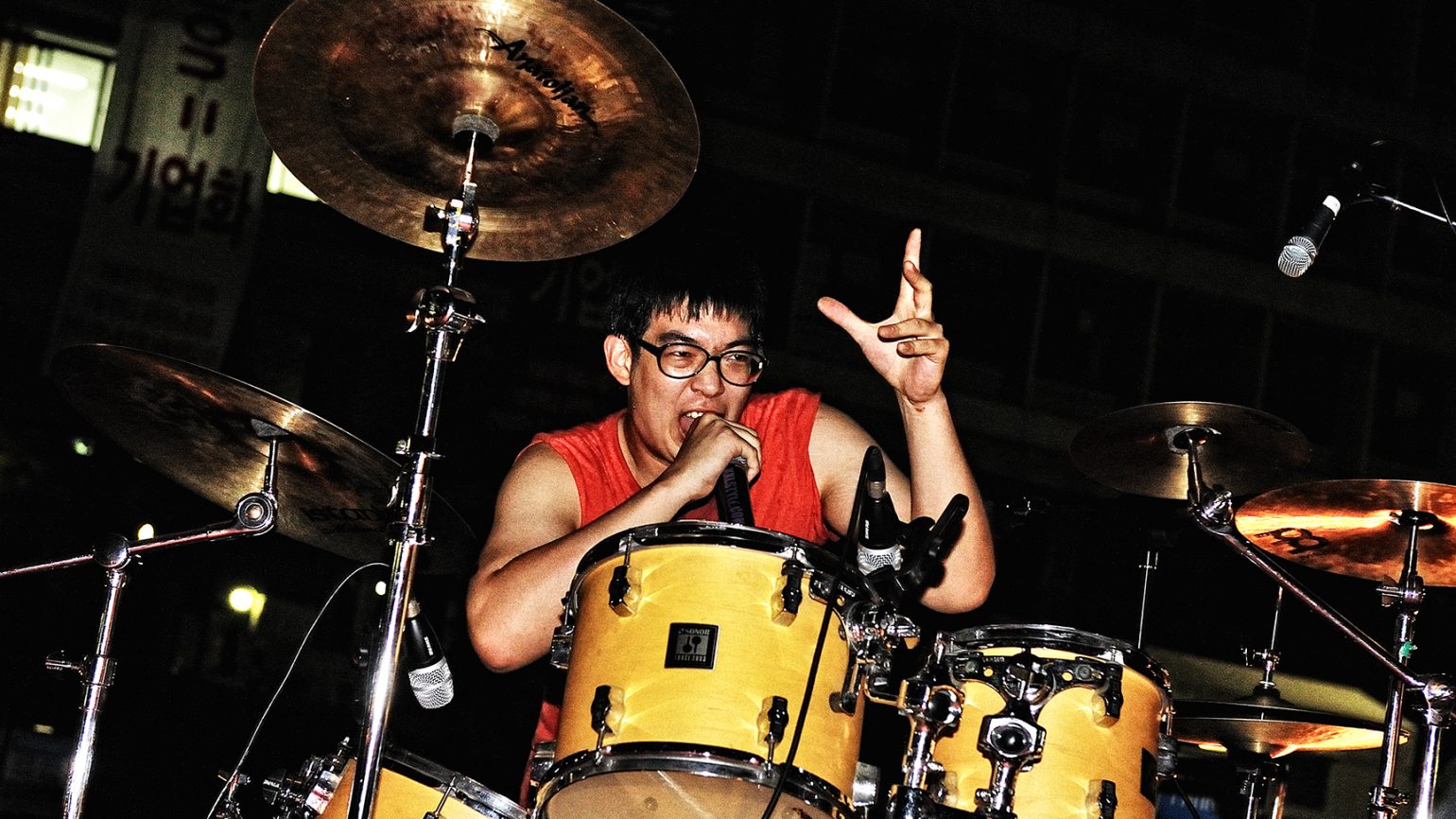 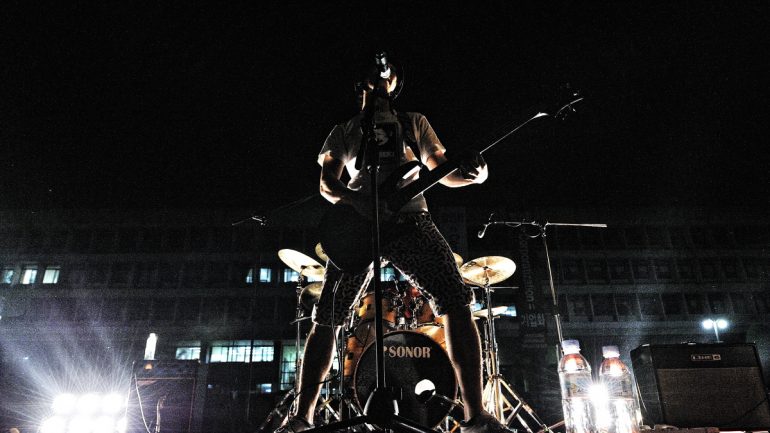 “Are you sure you want to be filming us?” So begins BAMSEOM PIRATES, SEOUL INFERNO, which fuses lyric videos, live performance footage, and interviews to present the unpresentable youth discontent (or is it cynicism?) of Bamseom Pirates, a band whose dynamic duo grew up listening to black metal and now play music with screamed lyrics of (mock?) resistance against authority.

Their shows — part punk performance art and part protest rally — include not only the smashing and destruction of objects, but also PowerPoint slides of their lightning-quick lyrics so audiences can follow along. They engage with improvised and hilarious banter before roaring out. Sample lyrics: “The bible is the truth because it is written in the bible/The Democratic People’s Republic of Korea is a democracy because it even says so in the name!” Another song, called “All Hail Kim Jong-Il,” suggests the worst, until we learn it is about ordinary folks who just happen to share a name with the former leader of North Korea.

Some of the lyrics, though sung in ridicule, are offensive (“kill the Japs”), as are the Nazi armbands at a protest show. But as the film swings forth in its anarchy, the second half swings back with outside perspectives: academics, fellow musicians, and finally prosecutors and attorneys working the case of the band’s friend, who was arrested under South Korea’s National Security Laws for retweeting from an account run by the North Korean government. The case — and the film — brings into question the meanings of security and the potency of satire in South Korea today. –Wilda Wong 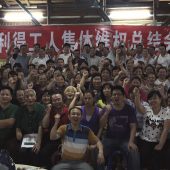