SDAFF CLOSING NIGHT- The Film “A Better Man”Molds into an Even Better Woman. 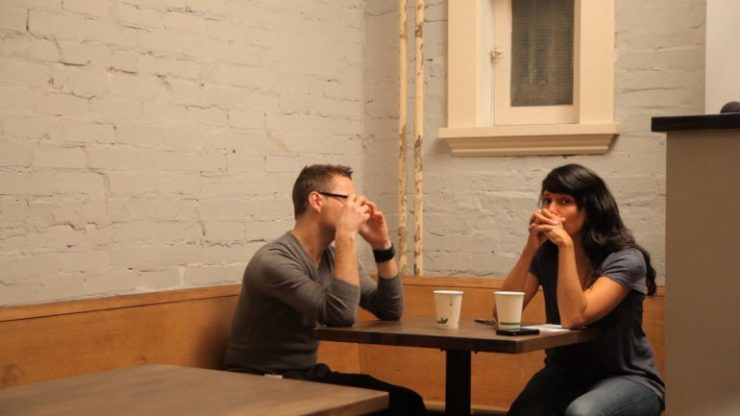 Documentaries and true stories bring us windows of someone else’s lives, where we can lay witness to the suffering and hardships of others. We in essence became Sunday, armchair quarterbacks expounding upon our own intuitive (usually pseudo-intuitive) sense of how he or she should have handled their situation, often boasting with, “Now if that was me…” bravado. At the end of the day, we really have no clue what we’d do until we’ve been in the situation.

Last night’s closing film, Friday, November 17, the documentary A Better Man, challenges us to face our own bad habits of judging others using the age-old, stupid book cover mentality and our pre- and misconceptions as how we would handle their situations.

Rule of thumb….open your eyes and close your egos…because never in our current lifetimes, will we be able to out quarterback the likes of Joe Montana, Joe Namath, Payton Manning or even Phil Rivers.

The documentary explores the aftermath of the abusive relationship between co-director Attiya Khan and her former boyfriend Steve who violently abused her 20 years earlier, when they were both teens.

It’s obvious from the film that for Khan, the documentary seems to be more a therapy session, which makes sense because for years she had to withstand the brunt of being punched, strangled, kicked, verbally abused, emotionally manipulated and fearing for her life.

She does most of the talking as she tries her best to get Steve to remember the things that he did to her. As he stares with sometimes a blank face and seemingly struggles to say more than just, “I don’t remember,” Khan’s pain-recalling face relives each moment while she and the audience are trying to figure out what is behind his lack of words and perhaps that he is either refusing or unable break down the memories.

Khan is very patient throughout the film as she and us are waiting for Steve to connect, recall and perhaps apologize.

Even a psychologist tries to do something similar and does get more sullen faces and glimpses of that he’s trying to process the line of question being asked of him.

What the film is lacking or just didn’t want to get into, is we learn nothing about what Steve has been doing over the past 20 years and has he sought help from anyone or try to come to grips with his behavior.   At least throughout the whole documentary he doesn’t seem to be in denial of his actions, it’s just everything to him is foggy.

Khan lived through the horrors that caused PTSD, which she’s is slowly recovering and coming to grips with. Yet one gets the sense as Steve, who volunteered to be questioned on camera and never complained about any of the topics discussed, is now possibly facing PTSD. Now and then he connects with the reality of what he did and as he processes the information, we can see the hurt he has caused, and it does on occasion, touch him.