SDAFF 2017: SHOPPING FOR FANGS – THE COMING OF GENERASIAN X 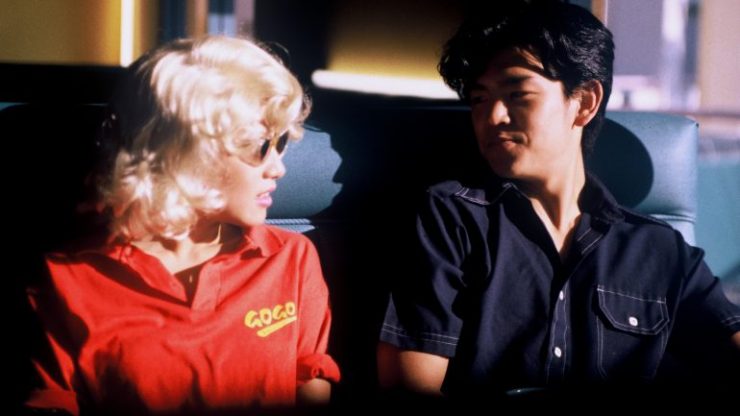 In 1997, there was a new wave of Asian-American filmmakers and actors who were poised to make their own mark in the cinematic community. They didn’t do films that featured the same worn Asian actors you saw playing the same typical Chinese bad guys in every TV show or crappy American made martial art movies that cast Asians. No, that would have just strengthened the stereotype so evident in those films. Instead, these filmmakers focused on overcoming cultural boundaries and created a post-modern Asian reality that went beyond the immigration and generation gap sensitivities so evident in Joy Luck Club (1993).

Filmmakers like director Justin Lin and producer Quentin Lee were are at the forefront of this new GenerAsian X. Yesterday’s (11/11/17) classic films restored screening of directors Justin Lin and Quentin Lee’s Shopping for Fangs (1997), a sino-psycho-chiller, which featured the rising talent of John Cho and the alluring Jeanne Chinn, further solidified their grasp on a genre that they helped to create.

Back then Lee noted that Shopping went beyond immigrant issues and issues that one didn’t traditionally agree with in talking about women, “Justin came to me with a story about a guy who thinks he’s turning into a werewolf because he’s romantically frustrated. A Chinese American friend of mine feels he has a problem dating white women and that’s the idea of having the symbol of the white woman in the movie and the blonde hair of Trinh). When the lead male (Radmar Agano Jao), who hasn’t had sex for a while, finally meets a woman who’s attracted to him, wild things start happening.” 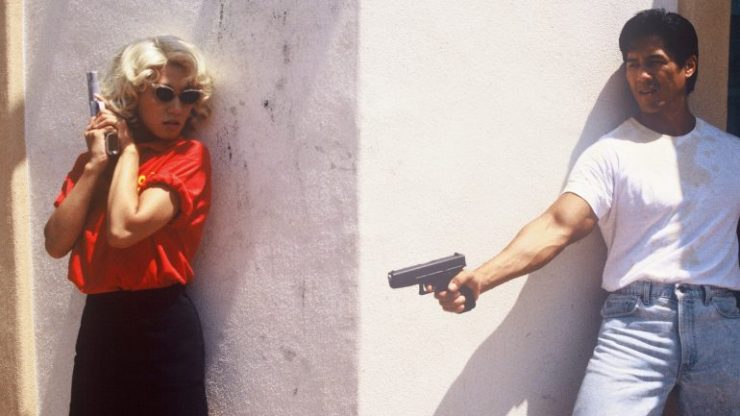 Lin added that he wanted to explore the Asian American male in during that society and play with the metaphor of the werewolf and how society values hair and how hair is equated with masculinity. He noted, “Instead of banging people on the heads, we made these characters human and whatever the ethnicity, you just have to deal with it. Everybody comes in and has these different perceptions and preconceived ideas of Chicanos, African Americans and Asians. Basically I took care in casting and I did make a choice to cast a Caucasian woman (seen in the hot love scene).”

What did Shopping have in its store? In one aisle it’s a B-horror flick, in another a melodrama. Yet when you come to the check-out counter, the bill will surprise you. The L’s (Lin and Lee) intertwine the lives of three characters to weave a blanket of mixed identities and mixed up minds where nervous breakdowns is the road to pent up freedom.

Trinh is a sexy, flirty, lesbian waitress who wears a blonde wig and sunglasses, an Asian American Marilyn Monroe clone if you will. Phil (Joa) is an accounting clerk who after meeting his sister’s Caucasian beau, develops a facial hair problem and thinks he’s becoming a werewolf. As he slowly transforms into a bestial being, ripped bodies start filling shelves and he believes he’s the shelf stocker.

Then there is Katherine, a demure, soft-spoken lady, unhappy in her marriage, who starts suffering from blackouts. She’s the traditional Chinese housewife, trapped in a sterile suburban hell, mistreated by her successful husband who doesn’t see her as an equal but as something that’s there for his convenience. 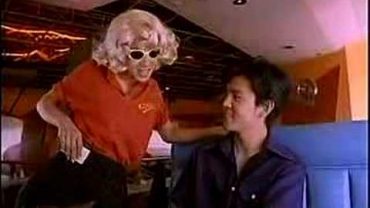 From the opening scene when the stiletto-heeled, psychotic Trinh crazily threatens to blow off a rapist’s head, it wasn’t your standard Asian American film made in 1997 America. This movie had attitude and the audacity to wrinkle the status quo, yet not poking it into your face. It wasn’t shot in a Chinatown but in a neo-Chinatown that back then were popping up around the country, in this case, California’s San Gabriel Valley. These new communities reflected a balanced hybridized version of America meets China where the look and feel of the area is American and Asian. They’re a mixture of identities, a cultural angst, the sort of feeling this film subliminally portrayed.

If you haven’t seen the film, watch it carefully and you’ll learn and see why Chinn’s performance isn’t what it seems be and that is also what separated Shopping from any other Asian America films made 30 years ago.

Lin once told me that with Shopping, he wanted to deal with Asian American sexual issues pointing out, “We’re not viewed as sexy men. Even in our late twenties, we’re still dealing with issues like that. I based the characters on a lot of people who I know were sexually frustrated. The whole werewolf metaphor is to help me explore those things because Asian American males are always dealing with issues of masculinity. Like the fact that a lot of Asians don’t have a lot of hair, viewed as being the smallest (looks down between his legs), and not being sexy. The overtness is still entertaining. If you don’t want to read into those things, that’s fine, but if you do, these issues are there to be read.”