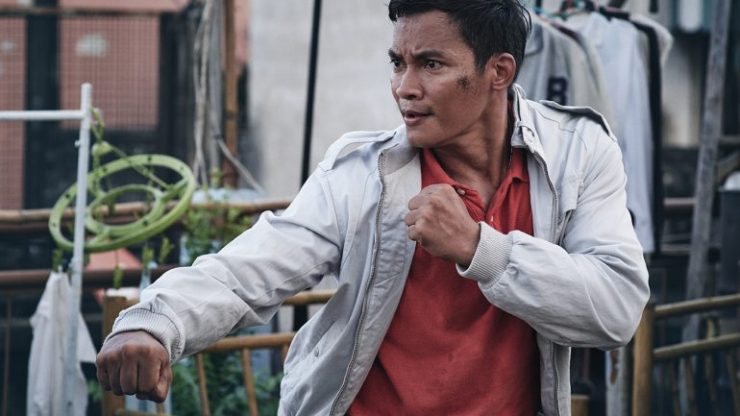 In the vein of male-bonding kung fu films from the ’70s by renowned director Chang Cheh (known for his Shaw Brothers Shaolin Temple and Chinese storied wuxia and Jiang Hu epics), and the sensitivity of male driven melodramas created by Chang’s prize pupil, John Woo, comes Paradox. Bottom line, it’s a film that features the wowee-zowee ferocious elbows of fury of Thai star Tony Jaa, the angst ridden definitive performance of Louis Koo and the superlative fight choreography of the legendary Sammo Hung. Put it all together and what do we get? The derring-do, pugilistic mayhem and rapid-fire melees of the ’80s.

After Wilson Yip directed Donnie Yen in SPL (2005) that headlined gritty bludgeoning fights with Yen taking on Sammo Hung and Wu Jing (Wolf Warrior II), the franchise’s directing reigns were passed on to Cheang Pou-Soi in 2015 to shoot SPL 2: A Time of Consequences (aka Kill Zone 2), an equally vicious sequel that starred Wu Jing, Louis Koo and Tony Jaa, which highlighted mesmerizing brutal choreography by Hung.

By now, you’re probably getting the clear message that with 57 years in the kung fu film industry, Sammo has still never missed a beat of perfection in regard to fight and camera choreography, the melding of these two aspects of fight directing where the West is way behind the Hung-ball. 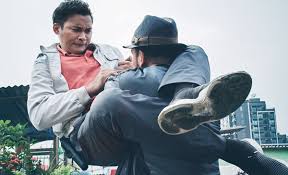 Paradox is about widower Hong Kong cop Lee Chung-chi (Koo) who’s so overly protective of his only child that when she falls in love, wants to marry her boyfriend and keep the baby, things he knows nothing about, he freaks out and forbids it. Next thing you know she’s in Thailand and has been kidnapped…fear being into prostitution, reality being she’s a possible victim of an illegal organ trader. Lee speeds to Thailand and works the case with local Thai cops, Hong Kong expat Chiu (Wu) and the psychic Tak (Jaa) in a race against time to find his daughter before she becomes dis-organized.

Artistic director Brian Hu shares, “I actually liked this film better than our other martial arts film The Villainess because of it’s throwback sensibilities, where men who are ferocious have a lot of feelings. It’s angsty and the main character’s own difficulty in reconciling his relationship with his daughter comes out in action and it becomes his own way of channeling his sadness and sense of inadequacy as a father.” 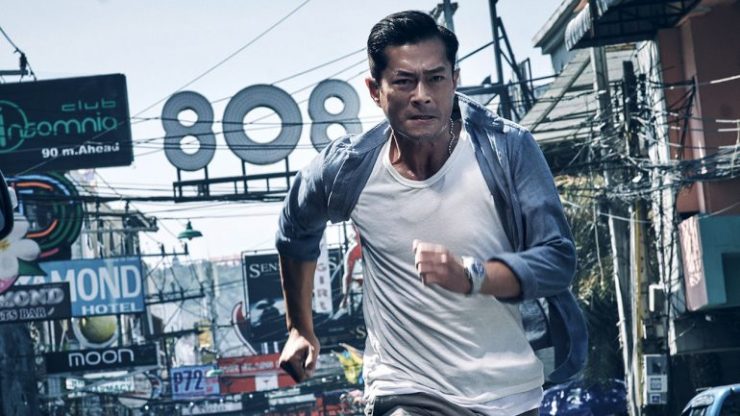 Though starring in 106 films, Koo isn’t known for being a kung fu star or doing hard-core action fights, thus when he has to put an action boot and glove, his fights are rather muted. Koo starred in two films at last year’s SDAFF, the cop thriller Three and the wuxia epic Call to Heroes…neither of his characters flashed kung fu  expertise or even closely made him look like a prospective martial character.

Yet in Paradox, Hung worked pure golden magic with Koo as his fight sequences demonstrated amazing fighting abilities the most notable difference coming from his posture. You can always tell if an actor has had any proper kung fu training or coaching for a single film when the star fights with straight-back posture and uses both of his/her hands independently of each other while still maintaining correct hand and arm positioning. The same would hold true if the fights included weapons.