SDAFF 2017: Bad Genius – A Testy Education Out of Control 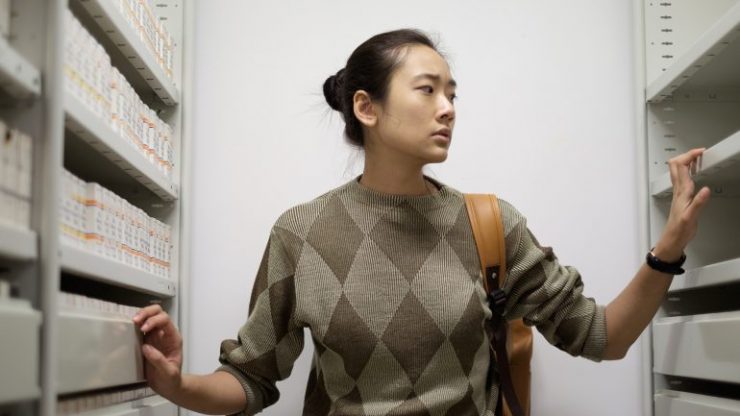 It’s crazy, at the festival’s November 9 official opening night screening of Oh Lucy! at the San Diego Natural History Museum, a film about what happens when a single, silently miserable, chain-smoking Japanese women who’s choking on mid-life crisis, decides to take a English class, I had flashbacks of my time in 1979 Taiwan teaching English. At the  November 10 opening film Bad Genius at the festival’s main venue, the UltraStar, a Thai film about high school students cheating on their SAT-like exams so they can attend university in America, I had an even bigger and more outrageous flashback.

Set in Thailand and Australia, and reportedly inspired by an SAT cheating scandal in China, Bad Genius is a story about the upright, coming from a low income family and straight-A student Lynn (newcomer Chutimon Chuengcharoensukying), who is trying to keep her father in money-survival mode, devises an exam-cheating scheme for her filthy rich friends whose parents want their kids to get into American universities. 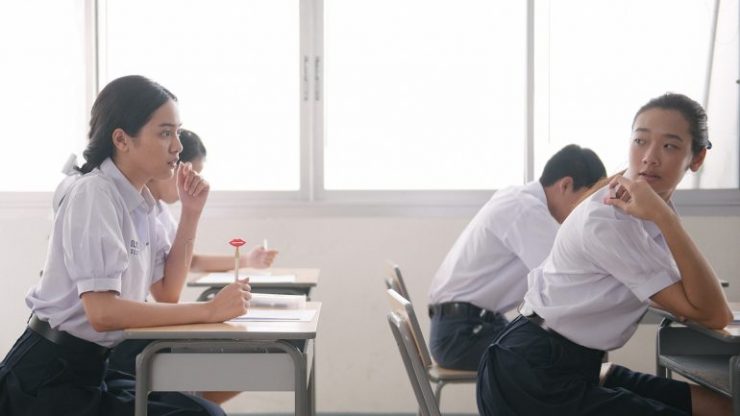 Things go smoothly at first at the regular high school exam level until Lynn’s friend and fellow genius Bank, rats on her and the students she’s helping. She is forgiven but won’t be allowed to partake in any international scholarship competitions. Lynn and her father now wallow even deeper in financial ruin. Thus, when her same rich friends ask her to devise an exam scam so they can pass the STIC (SAT) exams, which are needed to get into American colleges, Lynn can’t leave well enough alone and she agrees to do it for two million baht ($63,000) and so long as Bank helps. He strangely agrees.

After you read this flashback and see the film…you’ll get it.

In 1981 Taiwan, when my wife and I were studying for our GRE exams, a requirement for entry into American graduates schools, the worst student in my English class stood up and boasted in heavy Chinese accented English, “I. Rice University. Accept me. PhD. Full scholarship.” After I asked in Chinese how did he do on his GREs, with Cheshire cat pride he said, “Ninety percentiles.” 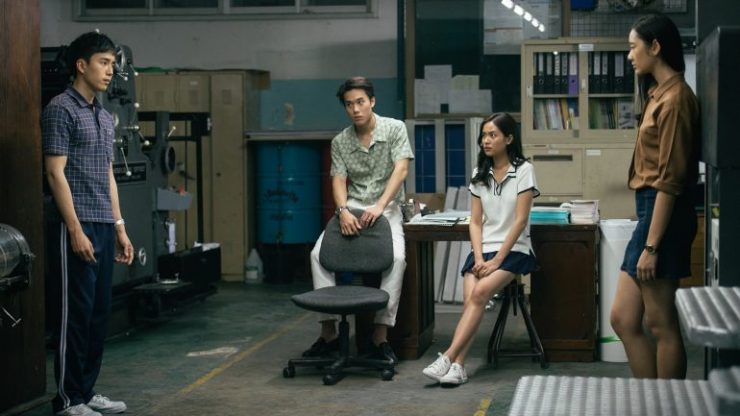 How? He told me there’s a test prep center in Taipei called the bu she ban that charges US $5000.00 to join. The center hires people to take the exams in countries where the exams are given five hours before they begin in Taiwan. Right before the exam, the center holds a meeting to provide the test results to their clients. It’s cheating, ingenious, and just as warped as having an AA meeting in a brewery.

The name of the scam in the film, and this is no accident, was called you be come, which when you say bu shi ban in Chinese it sounds like one is saying the scam’s English name.

Weeks after we took the overtly expensive GREs, it was reported that at all GRE scores from tests taken in Taiwan between 1980-1981 would be null and void. What? During those years, Taiwan posted the highest GRE scores in the world, which raised the prospect of cheating. Seems that the study center screwed up the dreams of Chinese students wanting to attend grad school in America for at least two years.

Listening to many of the chattering Junior High school kids who attended the screen as part of a class field trip, most agreed that they would take the money and cheat too.

You might say getting an education is like a disease. It begins as an epidemic, slowly becomes pandemic, yet eventually it always becomes academic.