SDAFF 2017: ISLAND SOLDIER – Why the American Soldiers of Micronesia Need a Macrostudy of Economics 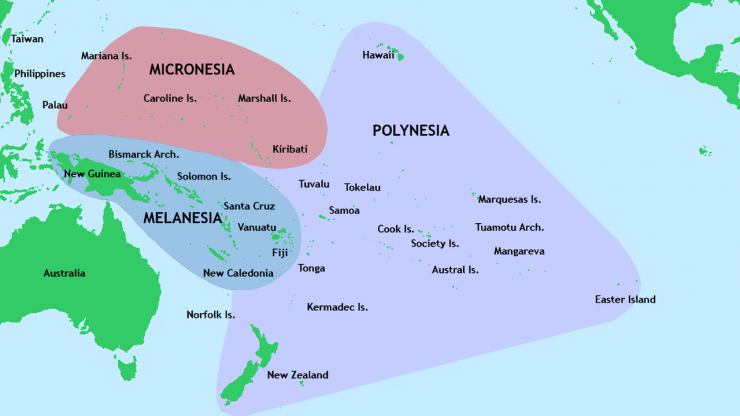 Micronesia is a subregion of Oceania and is made up of thousands of small islands and inlets in the western Pacific Ocean. They share cultural history with their two neighboring island regions, Polynesia (Hawaii, New Zealand, Tonga, Samoa, Tahiti, Cook Islands and 1000 more) and Melanesia (New Guinea, Fiji, Solomon Islands and others).

Micronesia is politically separated into several countries. One of these, the Federated States of Micronesia (FSM; often called Micronesia, not to be confused as being the whole overall region) is split into four states, Yap, Chuuk, Pohnpei and the location of where the subject of director Nathan Fitch’s documentary Island Soldier takes place, Kosrai.

FSM is an economically strapped, palm-treed, ocean paradise where since becoming an independent nation in 1983 and entering into a Compact of Free Association with America, 80% of the country’s operating costs are covered by the United States. But this all stops in 2023 when they’ll be left to their own devices. That’s like being a pseudo-prisoner in your early twenties then being released 40 years later and then being told to fend for yourself in your sixties.

Why does America currently finance the FSM? It’s considered a recruiter’s paradise, a place where poor youth are easily persuaded to join the military, where each soldier can earn $18,000/year compared to a meager $2000/year waddling in the furrows of a homeland where jobs are almost as rare as dodo birds on the island of Mauritius after Dutch sailors ate them into extinction in 60 years. 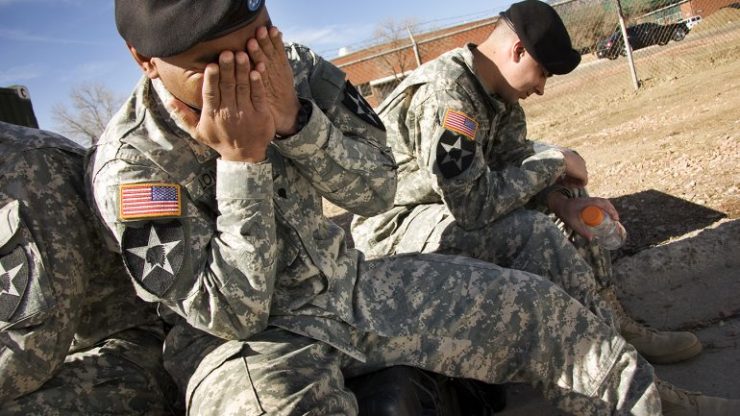 Apolitically directed by  Fitch, Island Soldier is about the plight of three families in Kosrai affected by the U.S. Army’s search for non-U.S. citizen soldiers to fight and die for America, which could very well lead to the extinction of their youth, culture and way of life. It’s a sad horror film sequel…Dodo 2.

By spending an inordinate amount of time on the remote FSM islands and shooting at the various bases where the soldiers trained and/or were stationed, as well as traveling to the hostile land of Afghanistan, Fitch weaves together a complete story based on what the families are willing to share.

At the film’s beginning, Sergeant Sapuro Bright Nena (Sapp for short) arrives home in Kosrai receiving an island welcome, hugs, tears, his mother Maryann anxiously waiting in the wings to see and embrace her son. The plane doors open, and flanked by fellow islander soldiers, Sapp descends from the plane in a coffin wrapped in an American flag. He was shot in Afghanistan by a terrorist disguised as an ally who turned his gun on Nena and two others. However, what’s not included with the American flag is the safety net of the U.S. Department of Veterans Affairs providing death benefits for Sapp’s family to carry on.

Maryann does her best to honor her son’s spirit by opening a sandwich shop called Sgt. Sapp’s Corner. Rising economical strife forces her to close the eatery. This grieving family has no one to turn to in times of tragedy.

We are next introduced to Madison, an aging church pastor who’s riding a small, ramshackle fishing boat miles out to sea, with the last of his four sons, Arthur, whose just been recruited by the U.S. Army and is readying to leave, as they daily try to make ends meat by catching a handful of baby tuna. However, each day they must go out further to sea to find fish undoubtedly because large fishing trawlers are over fishing the area. With rising gas prices and longer boat rides, fishing will become too expensive. 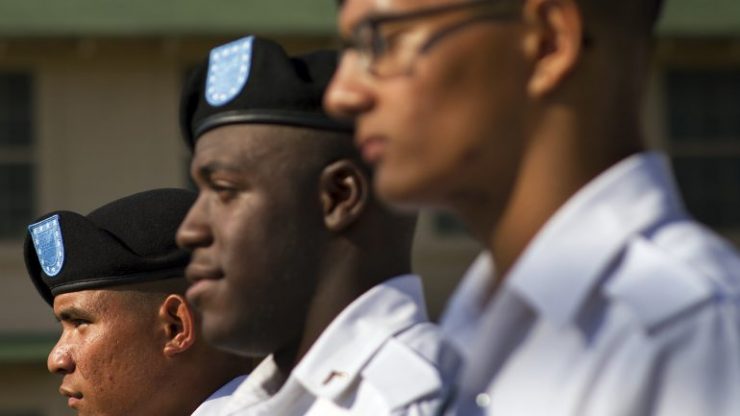 Madison is seen clearing a path with a machete as he walks up a jungle mountain with a body-length pole. He cuts down plantain and huge heavy leaves, ties them together and walks down the mountain using the pole like a yak’s yolk. As he uses the catch to make taro balls, the only man on the island that knows how, he understands why Arthur wants to be like his brothers and fight for America. Madison will soon be too old to do fishing trips and heave the heavy loads through the jungles, he’ll be the last of his family to die in Kosrai without any son to keep the culture alive. Arthur doesn’t want to leave, but he senses there’s no other choice in life.

We’re introduced to Sergeant Kilfrank Sigrah receiving a medal of honor in Afghanistan by an officer who after asking Kilfrank how should he say his name, still says it incorrectly.

As vets, they have no retirement benefits like health care, money for college, house loans, etc. What happens if an FSM soldiers dies in war? Free plane ride back home and the families of these soldiers that gave the ultimate sacrifice for America, receive no benefits or support from the U.S. government. You can fight and die for us, thank you, but now you and your family are on your own. Like the mosquitoes that are ubiquitous to FSM…that sucks.

Madison decides that he wants to do something about it and raises money so he can attend the 2016 Health Conference on Community Health Care in Washington, D.C. in hopes of asking a government official giving a presentation right up his alley.

Toward the end of the meeting, this man who has just flown 9000 miles is about to have his say. As he approaches the microphone, you can feel him going over the question on his mind wanting to make sure he clearly conveys what he’s asking. The official says, “Last question.” As he’s about to talk, they turn off his microphone and a good-ole white American lady cuts in on another mic and tells the panel how wonderful they are and doing such a great job.

End of meeting. End of review. Where’s the Justice League when you need them? Oh, that’s fiction and the name of a movie set to be released nationwide in a few days. Yet the VA is set to do nothing to help the Kosria vets because to the VA, they’re not real Americans, just like the Justice League of America is also not real.