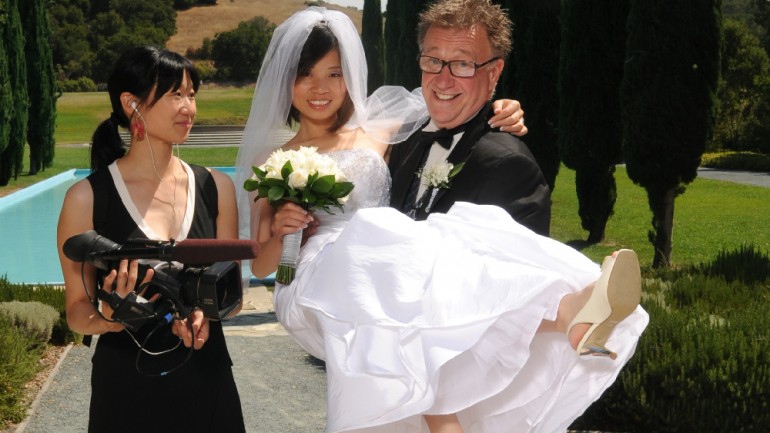 Steven is a white man with a dream. Now in his 60s, he scours numerous catalogs and websites in search of a young Chinese wife. After fruitlessly corresponding with numerous women online, and even making some in-person visits, he finally convinces Sandy, a young woman from Anhui, to become his bride. However, when Sandy finally arrives in San Francisco, Steven gets much more than he bargained for.

Directed and narrated with considerable wit by Chinese American filmmaker Debbie Lum, who herself gets drawn unexpectedly into the story as the couple’s interpreter and marriage counselor, SEEKING ASIAN FEMALE examines the effect that the internet, stereotypes, and racially-based dating preferences can have on love and marriage in the 21st century. Furthermore, Lum’s linguistic connection with Sandy reveals on camera the subjectivity of a woman who decides to move across the world for a man she can barely talk to. Steven, who doesn’t understand a lick of Mandarin, hasn’t a clue.

That which originally appears to be an analysis of the “yellow fever” phenomenon, develops into an even richer examination of modern relationships and a fascinating look at one of the most unusual of all love stories. –Gene Huh