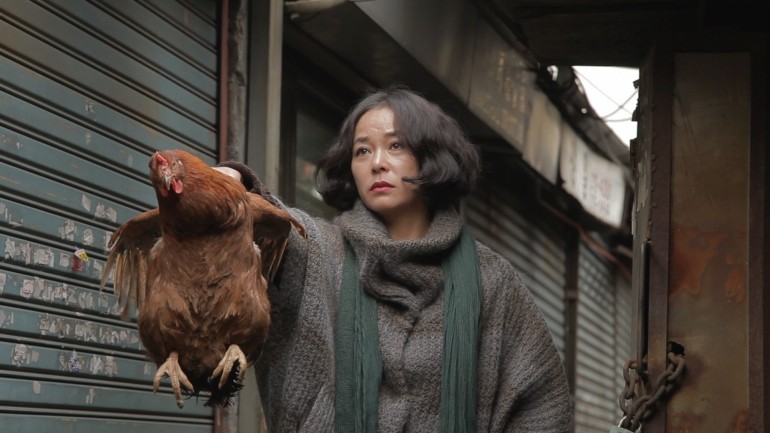 In the Seoul neighborhood of Cheonggyecheon resides remnants from a prior industrial age, iron workers scraping by living loan-to-loan. Roaming the streets is debt collector Kang-do (Lee Jung-jin), a cross between assassin and mafioso, thrown together like a punk thug. He knows there’s no more industry in Cheonggyecheon so he literally sells the remaining laborers as parts, crippling them for insurance money. One day, a mysterious woman follows him home, claiming to be his mother. Their encounters are violent, but start to ache the mutual pity of the film’s title, sometimes with religious anguish, sometimes with the pathetic desperation of animals scavenging the streets.

At the center of the strife is money. PIETA, through Kim Ki-duk’s signature cruelty, lashes out against a culture of sadistic lending, where the derivative trade literally cripples labor, and insurance companies fill out the circle of exploitation and protect power’s ledgers. Beautifully crafted and colored, the film juxtaposes yearning for connection with the bleakness of humanity scratching the callous surface even if its nails bleed and nobody recognizes it anymore. –Brian Hu