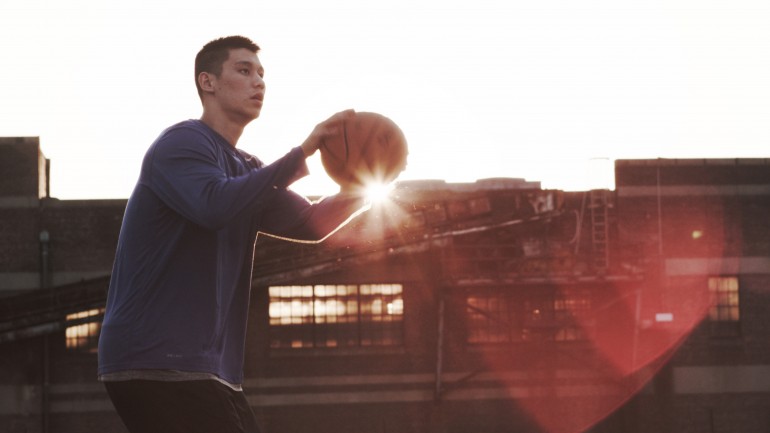 The story has already been documented well. On the covers of Time Magazine and Sports Illustrated, on Letterman and SNL, on YouTube and Twitter. In February 2012, Harvard alum Jeremy Lin went from undrafted benchwarmer cut from multiple NBA teams to the overnight star leader of the Knicks, the toast of New York City, an inspiration to underdogs everywhere, and the headliner of the global phenomenon called Linsanity.

What hasn’t been told is the story of a charismatic Asian American kid from the Bay Area, armed with faith, family, and undeniable skills. Lin’s entire life has been a kind of insanity, but what makes it so inspiring is that it’s also acutely familiar to any young Asian American growing up in the suburbs: piano lessons, Lion King blankets, waiting for a turn on the courts. Director Evan Jackson Leong (Best Documentary Short, SDAFF ’02) captures the frenzy of Lin’s benchwarming months and the behind-the-scenes glee of Lin’s couch-surfing mundaneness even during the Knicks’ incredible winning streak. The triumph of LINSANITY is only partially about basketball. It’s also about how the everyday people around us can, despite expectations, be extraordinary.  –Brian Hu