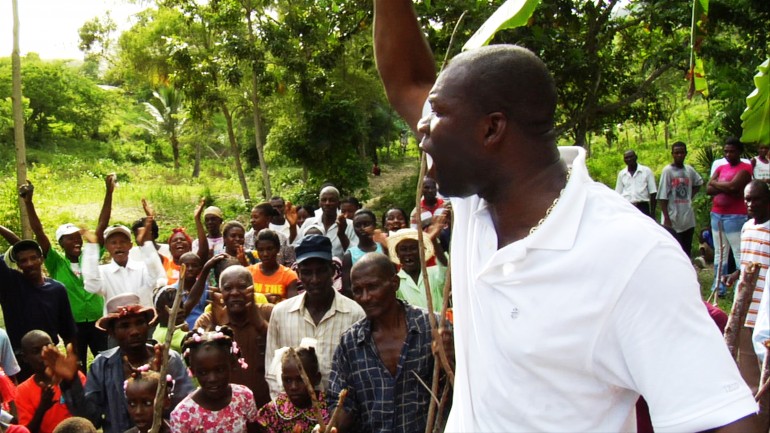 Josue Lajuenesse deserved his own film. One of several subjects of Patrick Shen’s The Philosopher Kings (SDAFF ’09), Lajuenesse is a janitor at Princeton by day and a taxi driver by night. When his mind isn’t on raising his teenage kids, it’s on fulfilling a life dream: to bring clean water to his hometown in Haiti. Narrated by Don Cheadle, LA SOURCE is not uplifting simply because it’s about a noble cause; it is uplifting because Lajuenesse lifts us up, just as he does his countrymen when he rouses them into action.

Emerging before documentarian Patrick Shen’s camera are communities of volunteerism spanning two countries and crossing racial and class lines. Also emerging is the passionate voice of a man otherwise in the background, who as it turns out, cleans more than just the Ivy towers, but also the source of life for an entire village. –Brian Hu

Co-presented by Plant with Purpose, Water for People