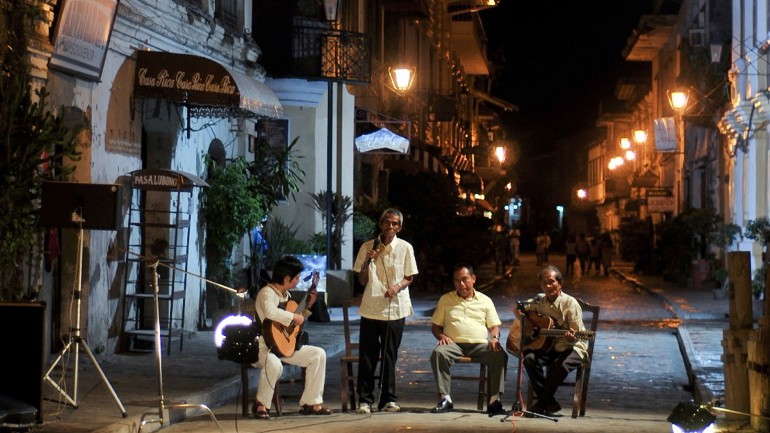 After over a decade in the United States, guitarist Florante Aguilar returns to the Philippines in search of the music of his late father’s generation: the gentle serenades known as harana. Today, these songs are known amongst Filipinos as the romantic music sung by men outside the windows of their would-be lovers. But Aguilar and director Benito Bautista (Boundary, SDAFF ’12) want to know more: the spirit of forgotten creative communities which hold the wellspring of a mode of love as relevant today as ever.

On farms and in the streets of Cavite, Aguilar and Bautista find Celestino, Felipe, and the aptly-named Romeo, brought together for neighborhood jam sessions that might just spark a musical renaissance. Not bad for 60- and 70-year-olds who decades ago learned to sing not from any academy, but from the tumultuous school of courtship. Filled with classic songs and teeming with romantic fervor, HARANA conjures history from the fields and spellbinds audiences young and old. –Brian Hu