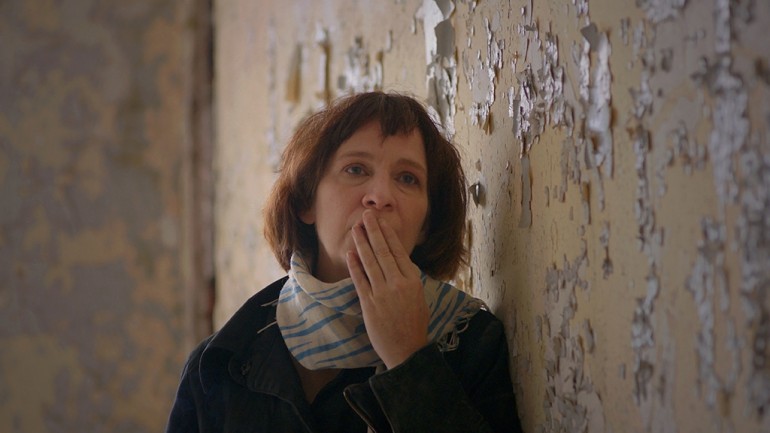 Abigail Harm (Amanda Plummer) reads books to the blind. But there’s one story in particular that she can’t get out of her head, a Korean folktale about a woodcutter who saves a deer, who in turns tells its savior how to win the undying love of a nymph. Before long, the folktale appears to come alive in Abigail’s New York apartment, with Will Patton as an intruder saved by Abigail, and Tetsuo Kuramochi as a nymph, seemingly dropped to the city from another world. Abigail decides to put the folktale to the test, and finds herself in a bind as alien as the stories she reads to her clients.

Director Lee Isaac Chung (who made a splash internationally with his Rwanda-set debut Munyurangabo) resurrects this traditional Korean folktale in a strangely muted, quietly post-apocalyptic New York, bathing the characters in a lyricism that is not so much romantic as entranced by the possibility of love taking on new shapes. Plummer, with her big, frightened smiles, beautifully plays off Kuramochi’s blank stares. Her speech, like that of the film’s narrator, is hypnotic in its circularity and rarely rises louder than a whisper. ABIGAIL HARM mirrors the wandering yearnings of Plummer’s sleepwalking steps and shifting glances, opening its eyes and not knowing which reality is about to set in. –Brian Hu