Huiying is the only one who heard her old mother’s dying wish: that she be buried next to her late husband. Trouble is that her husband’s remains are in the countryside where he grew up and where his grave is now cared for by his first wife, who Huiying, her husband, and their daughter barely know and rarely acknowledge. When they trek to the village for permission to move father’s remains to the city, they are confronted by a steadfast widow who remains loyal to a husband who decades ago abandoned her. The two women face off to answer the unanswerable: who owns those who are no longer here? Whose memories of love and devotion are more legitimate?

So sets off a comedy of bureaucratic absurdities, a drama of dormant romances, and a tale of family ties torn by urban/rural divides and China’s rapid generational change in the last century. Director and star Sylvia Chang (20:30:40, SDAFF ’05) tenderly showcases the tenacious desires of three generations of women who discover that love is a lifelong education resilient to cultural transformation and social upheaval. But while Huiying and her daughter get the most screen time, it’s the feisty country woman, who owns no name but her late husband’s, who persists as family, national, and cultural history that refuses to be bought or cast aside in the name of the modern. –Brian Hu 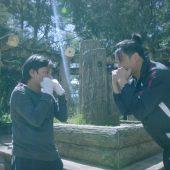 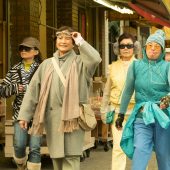 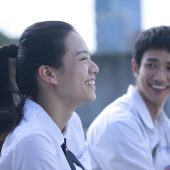