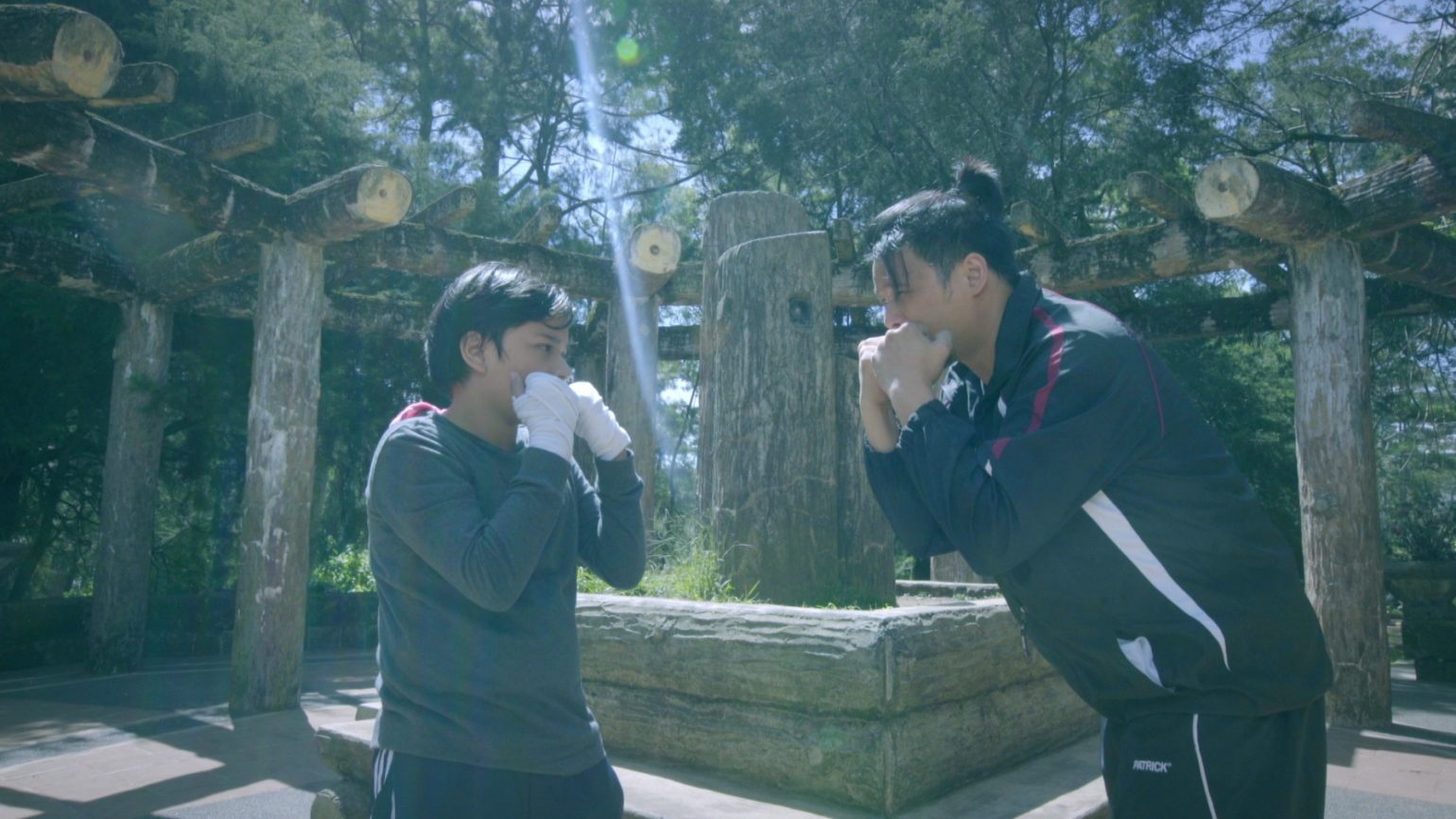 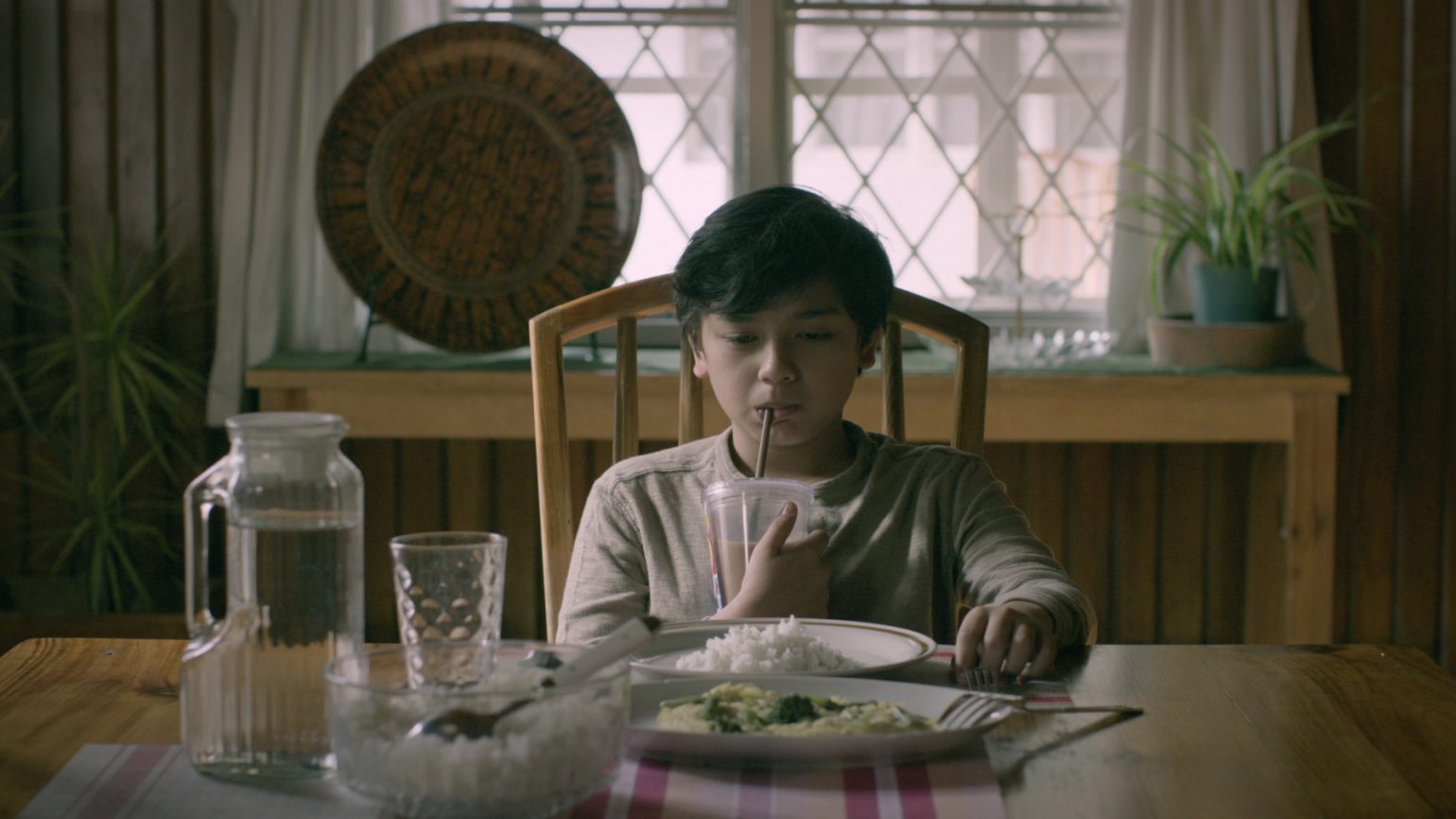 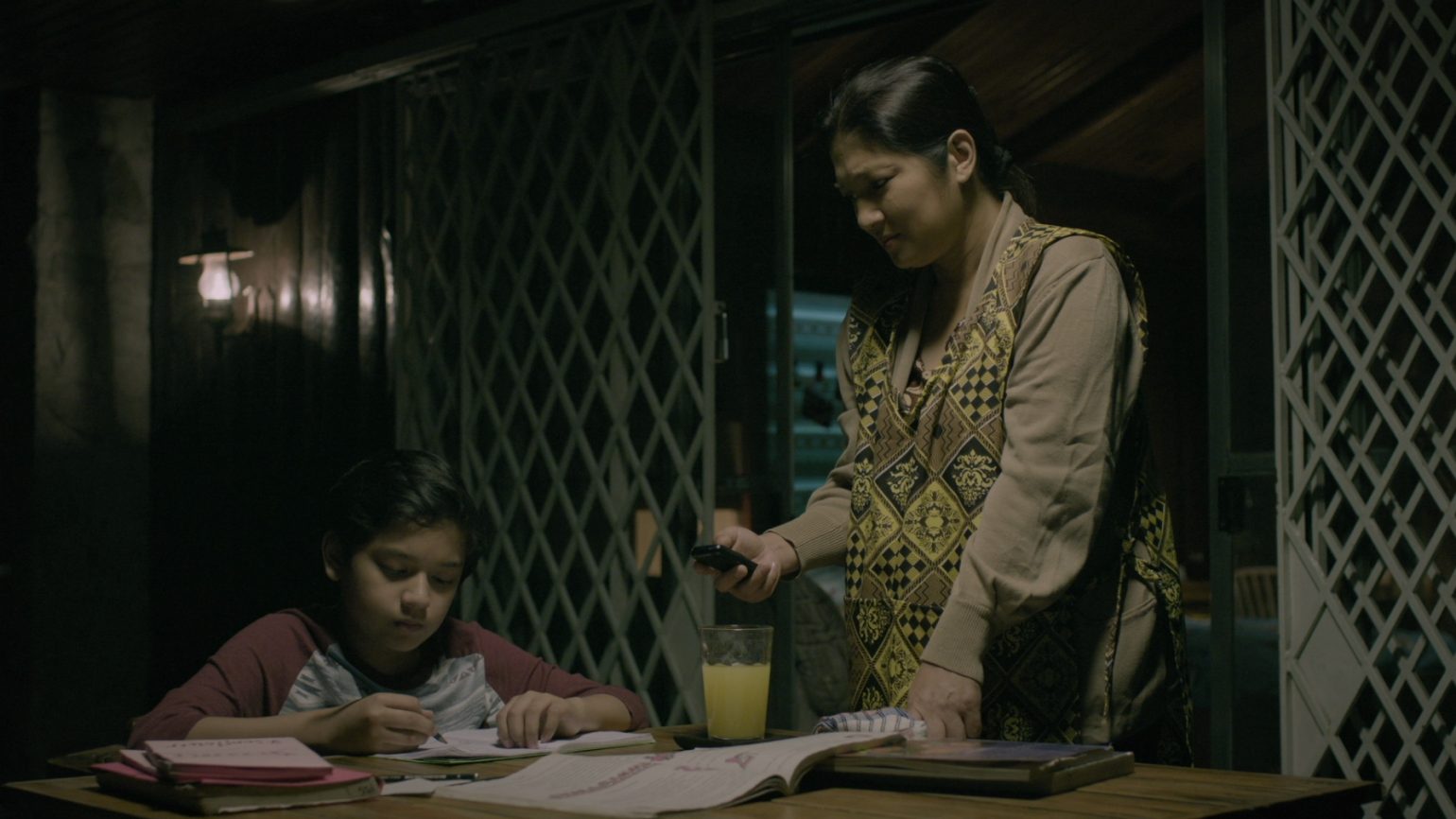 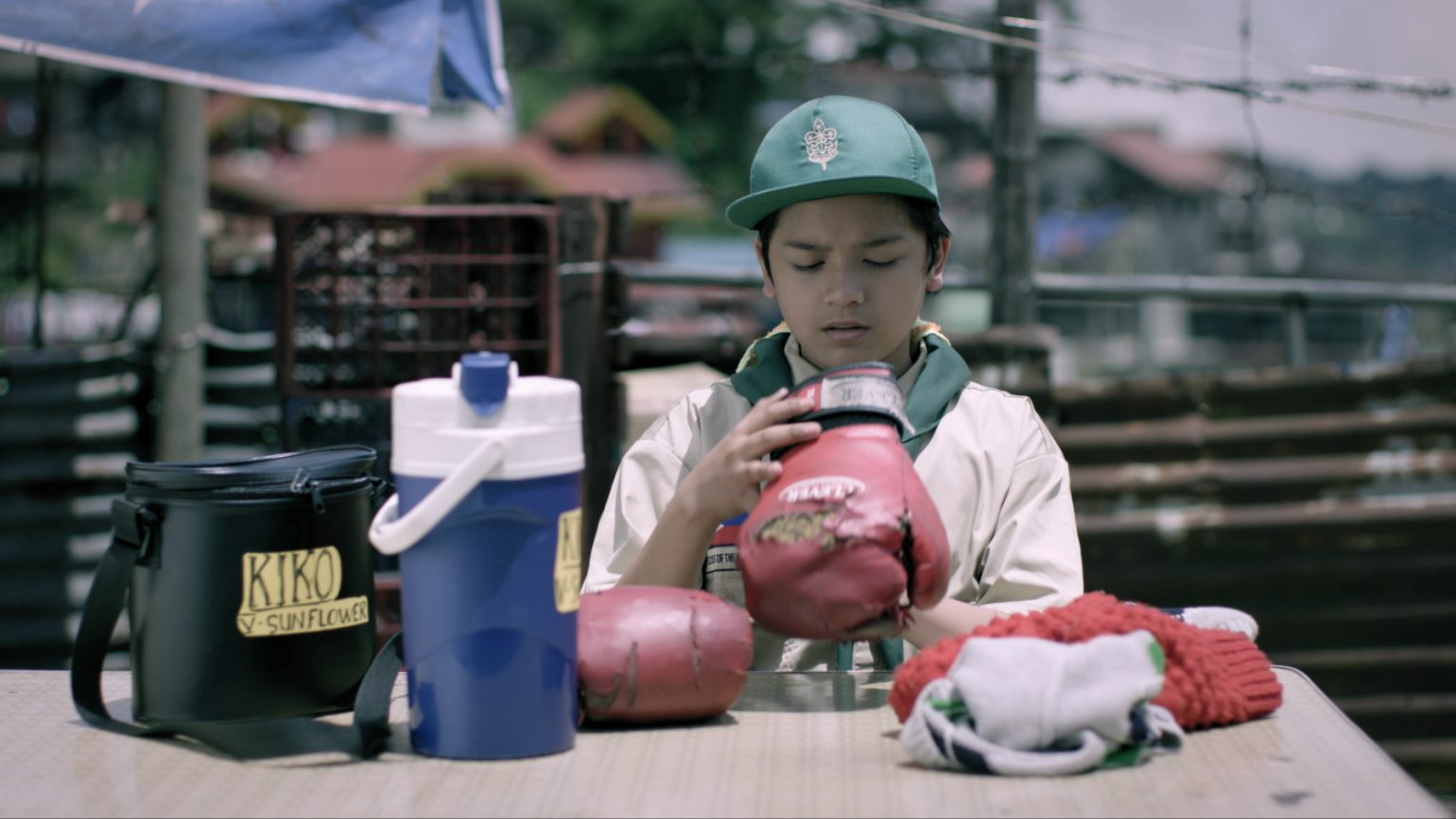 When we first meet him, Kiko is a clean-cut kid with a tucked-in boy scouts uniform and a backpack strapped with water bottles with his name on them. But his true aspiration lies in what’s inside the bag: red mittens that he wears because they’re the closest thing he has to working boxing gloves. It turns out Kiko’s not just training to be a boxer. He’s auditioning for the role of son to the ex-boxer father who’s been absent his entire life and who happens to have returned to town. When they fatefully meet one afternoon, their reticence bespeaks years of regret and forgiveness. They’re ready to step into the ring and into each other’s lives.

KIKO BOKSINGERO has life lessons to spare, but director Thop Nazareno reins in the melodrama in favor of a calmly simple story where everyday routines of school, meals, and sleep become tests of fortitude and self-growth. To top it off, the film has a secret emotional weapon in the form of a third protagonist: Kiko’s caring nanny who has been tasked with his guardianship after his mother’s death. She alone knows of the father’s past, but her commitment to Kiko’s happiness has her slowly releasing the boy to the boxer who returns from the shadows. The trio’s quietly moving dance around unspoken love is a heartwarming sight, one that refreshes definitions of family and inspires us to cherish all the care we have around us. –Brian Hu 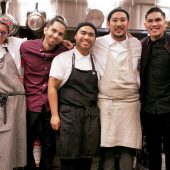